How to Fix a Bad O2 Sensor - Toyota Parts Blog

Virtually every Toyota made since the 1980s has sensors that measure the amount of oxygen in the exhaust, then transmit that signal back to the ECM so it can determine the proper air/fuel mixture for the engine — helping your car to run as efficiently as possible while reducing emissions. That’s the basic function of the O2 sensor, here’s what you need to know about oxygen sensors and their failure. 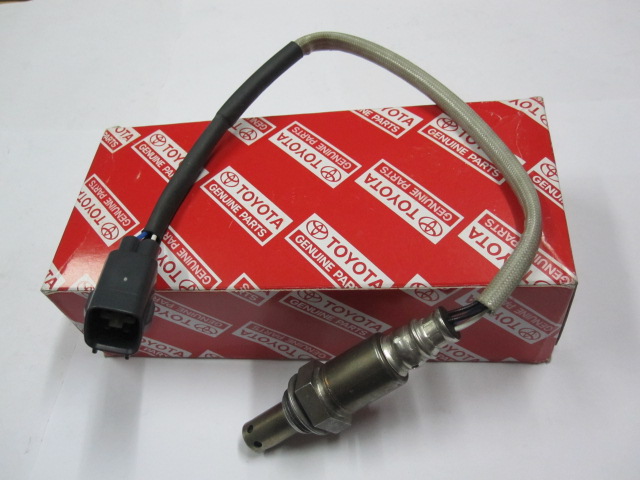 How Does an Oxygen Sensor Work?

Your Toyota’s oxygen sensor works as a monitor — the tip is placed inside the exhaust pipe and detects the amount of oxygen in the exhaust. If there is too much oxygen, it’s too lean, and too little would be too rich, it sends a signal to the ECM to adjust the mixture. When your O2 sensor is going bad, your ECM can’t probably adjust the mixture.

Signs of a Bad O2 Sensor

When an oxygen sensor is bad in your Toyota, expect the following issues:

Poor fuel economy. Depending on the location of the sensor, the fuel delivery and combustion systems can become extremely irregular by a bad O2 sensor. If too much fuel is sent to the engine, it will cause gas milage to suffer.

Engine pinging. A bad O2 sensor can cause timing issues that will causing engine pinging. This occurs when the combustion gases ignite at the wrong time.

Rough engine idle. When your Toyota has a bad O2 sensor, it will often idle irregularly or roughly.

Engine misfires. A bad oxygen sensor can disrupt the engine combustion, causing it to misfire. These misfires are usually more pronounced at lower idle speeds.

Engine trouble codes. This is the easiest way of knowing if your Toyota has a bad oxygen sensor — it will send a DTC to the ECM. Usually the check engine light will illuminate on the dash, but this sometimes doesn’t happen right away, so scan it for codes.

Once you determine the oxygen code is in need of replacement, you need to address this part right away. Replacement with a genuine Toyota oxygen sensor is simple and can be done fairly quickly. Here’s how it’s done:

Remember to only use OEM quality oxygen sensors and related replacement parts to avoid damage and premature failure to the effected systems.