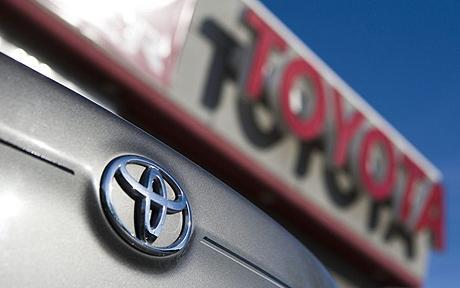 In light of the recent recalls Toyota has been through lately, many customers have been very upset, and for good reason. For years, Toyota was viewed as the supreme car company, releasing new, reliable, and very secure/safe vehicles. And, in the eye of the consumer, many of the high profile faces in the company haven’t given many answers to worried drivers. This week, however, many questions were answered when both Jim Lentz, Toyota of America CEO, and Akio Toyota, owner and head man of the company, arrived at Congress to answer questions politicians presented to them. The whole overtone of the questioning was apologetic, while both speakers have an optimistic view of the future, and both expressed full co-operation with law makers.

If you know anything about Akio Toyoda, you know that when he became the President he had several very specific goals in mind, one of which was to move the focus away from growth of the company and refocus on quality of the product. As you can imagine, this type of re-imaging could not and did not happen overnight, and this period of recalls and restructuring is probably just what Mr. Toyoda needs to jump start the company into a new light: one of safety and quality. This is what he discussed with Congress when he appeared on Wednesday. Specifically, he stated that Toyota’s “priorities became confused”, which again leads to his belief that quality should come before quantity, and he took “full responsibility” for the issues Toyota is currently facing. He has learned from this experience, and plans on bringing Toyota back to the times when quality and reliability were the upmost important aspects of Toyota vehicles.

When Jon Lentz appeared, however, Congress asked more questions referring to the technicalities of the recalls, such as the specific dates the problem came to their attention, and what the future holds for Toyota of America.

CEO’s were not the only one’s testifying at Congress; several customers of Toyota came to the stand during the hearing to tell their experiences with unintended acceleration involved with several Toyota Parts.