Last week, Toyota settled a $1.2 billion federal probe related to the unintended acceleration issue from just a few years ago. What is the end result of all of this? More recalls on everything from safety to malfunctions and that isn’t a bad thing. 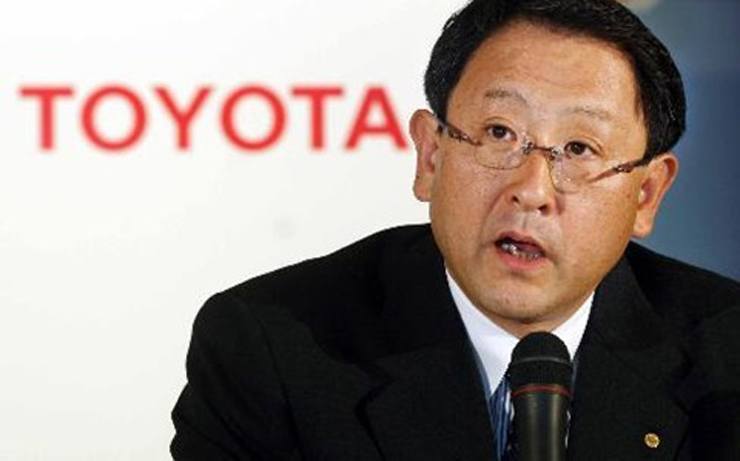 Whether or not you agree with the federal probe and investigations, the facts are this issue will have a lingering effect for all automakers. At a separate news event, Toyota’s President Akio Toyoda spoke about those effects. He called the recall, a turning point for the entire industry and said everyone will issue more of them.

“The criteria for recalls used to be compliance with laws or whether there are technical problems,” Toyoda said at a regular news conference of the Japan Automobile Manufacturers Association, of which he is chairman, according to an Autonews.com story. “Now, I think it has become whether the products can assure customers peace of mind.”

It used to be recalls were a sign of a problem with the product which the manufacture needed to address. Nowadays, recalls are issued for all sorts of issues, not just safety related ones. For example, late last year, Toyota issued a recall on 10,000 cars to fix a wiper switch issue. And actually, Toyota has been issuing a slew of recalls and service bulletins. This doesn’t mean Toyota’s quality has slipped. Rather, it is just the opposite. Toyota is now more aggressively making sure their customers have the best quality products and is proactively issuing recalls to address all sorts of issues.

“Recalls are not about concealing problems we find. It’s about improving the product and coming up with countermeasures,” Toyoda said. “It’s a good thing from the long-term perspective of the automotive industry’s sustainable development.”

Ultimately, yes, Toyota is paying the largest fine in U.S. history, yet consumers will see the largest benefit. Why? It has changed the way Toyota and other manufactures do business.

“I think it provided a turning point for us to go back to our basic philosophy of ‘customers come first,’” he said. “It is getting more and more important to handle recalls by seeing things from our customers’ point of view.”

Toyota is not alone in this thinking with all the other manufactures becoming more aggressive on the recalls and taking them more seriously. Need proof? You don’t need to look any further than the current GM ignition switch recall. The way GM is handling the recall, with a customer-first focus, can be directly attributed to Toyota’s experience.

The next time your vehicle is recalled, whether it is a Toyota or not, thank Toyota for helping everyone change their business model to put you first.