The Toyota FJ Cruiser has been a fan favorite for years even though it has been rumored to be discontinued for years. While it is anyone’s guess when/if it will officially be abandoned, the probable end is around 2017 when CAFE requirements take full effect. 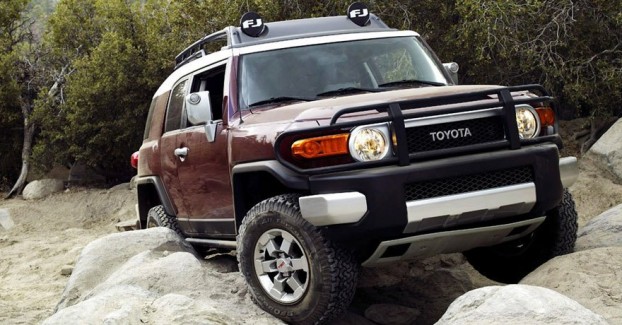 The FJ Cruiser has survived many rumors of its demise, is the end near?

When the first FJ Cruiser concept was unveiled in 2003 at the Detroit Auto Show, it received a lot of positive response from the media and potential buyers. There was so much positive feedback that Toyota ultimately decided to build the model. This passion for the vehicle is still really strong with many active fan clubs and forums like FJCruiserForums.com which has over 68,000 members and 2.4 million posts (at the time of this post).

The excitement for the FJ Cruiser has waned in the past few years from a high 56k+ vehicles sold in 2006 to just around 13k for the past 2 years. With declining sales and very few new features, the rumors of its demise are rampant. It is easy to see why.

Like most things with Toyota, we won’t really know when it is going to be discontinued until the very last moment. Our guess is that it will be killed in the USA in 2016 or 2018. The reasons to wait are:

However, it will be killed at some point, as the new CAFE/fuel economy rules will make it impossible for Toyota to keep selling the FJ without massive investment in weight reduction, powertrain, etc.

The CAFE requirements coming in 2016 for the model year 2017 vehicles states that a vehicle must achieve a certain MPG for its footprint. With fuel economy estimates of 16/20/18 for the cruiser, it is tough to see it climbing into the mid-20s to meet CAFE requirements.

Still, that point could be years away. Toyota does earn a lot of “credits” from the sale of hybrid vehicles that they can apply to any of their trucks that don’t meet the standard. If Toyota gets the Tacoma and Tundra up to the standard quickly, they may have enough spare credits lying around to keep on building FJs.

Of course, those credits can also be used to offset the Sequoia (likely to be killed soon as well) or Land Cruiser (never going to be killed).

The reality is that Toyota could probably keep building the FJ since it has such a strong fan base and the initial investment is paid off. However, it will probably be the CAFE requirements that really force Toyota’s hand.

What do you think? Should the FJ Cruiser continue or is it time?