Toyota, a long-time investor in Tesla, is reaping many rewards including using their cutting-edge electric vehicle technologies and manufacturing process into the Toyota RAV 4 EV.  What did Tesla’s impact look like? 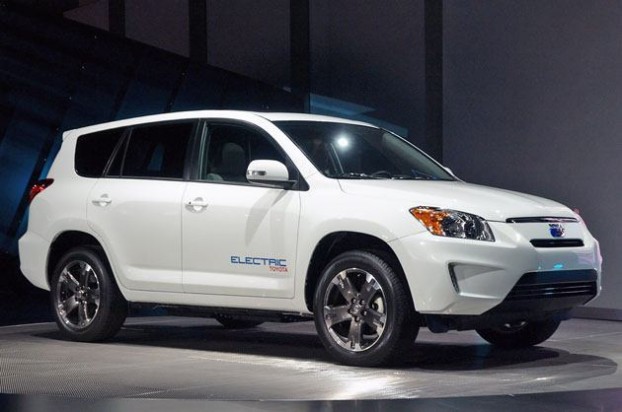 Tesla, the small, nimble automaker had a big impact on the Toyota RAV4 EV.

A story in Forbes magazine details Daimler and Toyota’s $50 million investment in Tesla. It also details the many benefits Toyota specifically has gotten. These benefits include financial gains (Tesla’s stock has boomed recently), improved electric vehicle technologies and manufacturing process.

The RAV 4 EV is a big beneficiary of this collaboration between the two automakers. Toyota signed a $100 million contract for Tesla to supply the electric motor, battery, power electronics, software and gearbox back in 2011. This means the $50k RAV 4 EV has the heart of a Tesla with the features and quality of a Toyota.

Tesla was also able to impact the culture at Toyota in the development of the RAV 4 EV. Toyota, long-known as a pragmatic automaker, spends a majority of their time in R&D prior to building any prototype. Tesla, as a small automaker, is able to be much more nimble and basically fly by the seat of their pants. Toyota took notice.

“This is a gut check for us,” said Sheldon Brown, executive project manager for the Rav4 EV to Forbes. “We said to ourselves, ‘Look at how Tesla is getting to market so quickly. They seem to be inventive and cutting edge. Are we too engrossed in our own culture?'”

The result was that software code that normally takes Toyota months was written in three weeks.

“In this case, we were building logic as we went,” explained Brown. “We were developing as we went.”

This process was different to Toyota as the first prototypes weren’t operational. It was also a much more labor intensive process.  The end result is the world’s first SUV+EV vehicle. With an EPA estimated range of 103/76 mpg, it is an exciting combination for customers who want an EV vehicle without losing the passenger/cargo space of an SUV.

What do you think? Is the Tesla’s impact on Toyota good or bad?