Did you know that about a decade ago, Toyota came up with some cool adaptive headlight technology? The technology uses a built-in camera to automatically detect other cars when the high beams are on. If the system detects a car, it dims the high beams to avoid blinding the other driver. 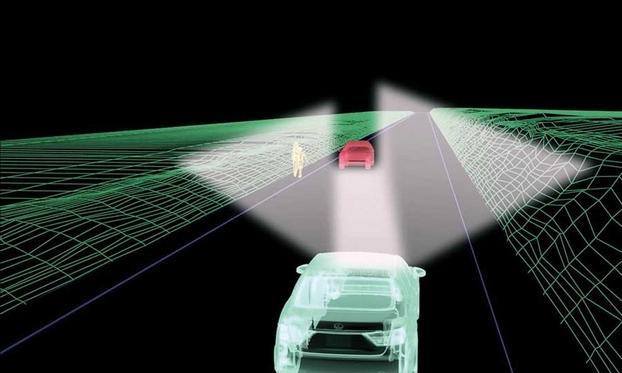 It's a great and innovative technology that will save lives and make nighttime driving much easier. Yet, it's still not available in the U.S.

Why Doesn't The U.S. Have This Adaptive Headlight Technology Yet?

When Toyota first came out with this technology, it was put into 16,600 cars sold in Europe and Japan. It was not allowed in the U.S. due to an antiquated U.S. regulation that banned their use. The regulation is called Federal Motor Vehicle Safety Standard (FMVSS) Number 108. It was published in 1967. NHTSA has been tweaking it here and there since then. So there was some hope that NHTSA would change these regulations to allow adaptive headlight technology in the U.S.

In 2013, Toyota petitioned the NHTSA to offer this technology in the U.S. Toyota estimated that the technology could save nine out of the 2,334 pedestrians annually killed in the U.S. during dark driving situations. While that doesn’t seem like a lot of lives, saving even one life by improving regulations and using technology already available is a big deal.

At first, NHTSA was open to discussing the rule changes. But then NHTSA nixed the idea. In 2018, NHTSA announced that it was moving to amend the now 54-year-old regulations to allow this technology in the U.S. Some drivers got excited by the news, but nothing came out of it. At least not yet. It has been a few years, and NHTSA still hasn't moved an inch toward changing the regulations to allow this technology in U.S. vehicles.

The system uses cameras to detect other cars and automatically dim the portions of the high beam that would shine in other drivers’ eyes. High beams are necessary in some situations. Yet, they can blind oncoming drivers and compromise their safety on the road. Toyota's adaptive headlight technology offers the best of both worlds. You would no longer need to turn off your high beams every time a vehicle approaches you. You can leave your high beams on, and the system will dim them to a safe level that allows the other driver to see. That way, you can still see what's in front of you.

Historically, headlights have been limited to only two settings:

Having an in-between setting automatically controlled by a camera/computer is the future of headlights. This advanced feature is more convenient and it makes nighttime driving much safer.

Increasing visibility at night through smarter technology and better regulations seems like a no-brainer. That's why a lot of people are confused by NHTSA's decision to not allow this life-saving technology on U.S. vehicles. Even other automakers like Audi have developed this technology for their vehicles, too.

Right now, headlight technology in the U.S. is pretty rudimentary compared to that in many other countries.

Will The U.S. Get Adaptive Headlight Technology Anytime Soon?

Toyota has its fingers crossed that NHTSA will finally allow adaptive headlight technology in the U.S. In May 2021, Zac Palmer of autoblog.com reached out to Toyota about this. Toyota informed him that the requested changes to the regulations are under review by the Biden administration.

Zac Palmer also reached out to NHTSA. The organization told him that it's open to the idea of changing the regulations. It only needs to "first collect data and conduct research to measure the scope of any safety issue and to determine where the best safety benefits lies".

We hope to see this advanced technology in Toyota cars sometime soon. Keep your fingers crossed!