The only intro this post needs is the new spy shots for the Toyota Supra. 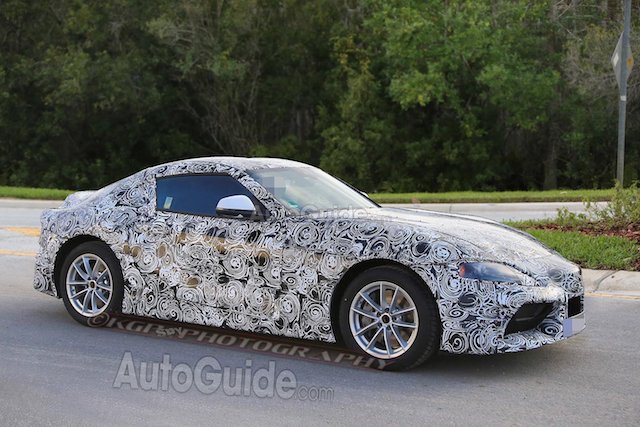 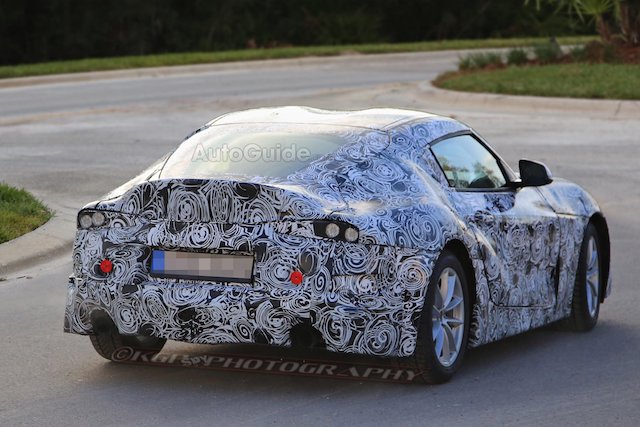 These spy shots from Auto Guide show us a Supra that's production-ready.

Up close, the updated prototype is even more like 2014's FT-1 concept than we originally thought. Though the overall look is toned down a bit, the rear shoulders and deck lid of the FT-1 are there. Along with influences from the FT-1 concept, the new Supra will share design cues from the Celica, Supra, and the Scion FR-S.

As time has gone on, the look of the upcoming Supra has distanced itself from BMW's Z5, with which it shares a platform. The Supra will also use the hybrid steel, aluminum platform design, and carbon-reinforced plastic body panels BMW developed while designing the i3 and i8. 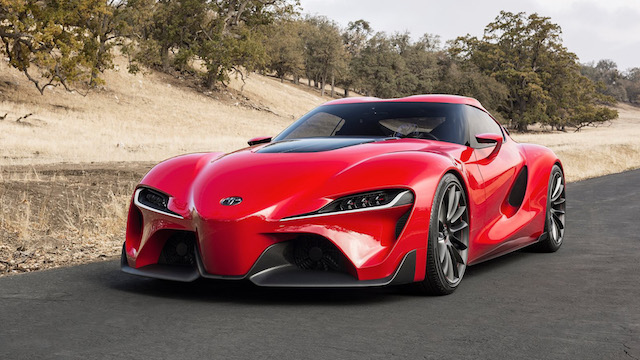 2014's FT-1 concept could have been a jumping-off point for the new Supra.

It's been no secret that Toyota and BMW have been collaborating on a sports car since 2012, but only recently has tangible evidence hit the streets. While the Supra and Z5 are sharing a platform and many of the same components, it's important to note that these vehicles are different and will target different areas of the sports car market. 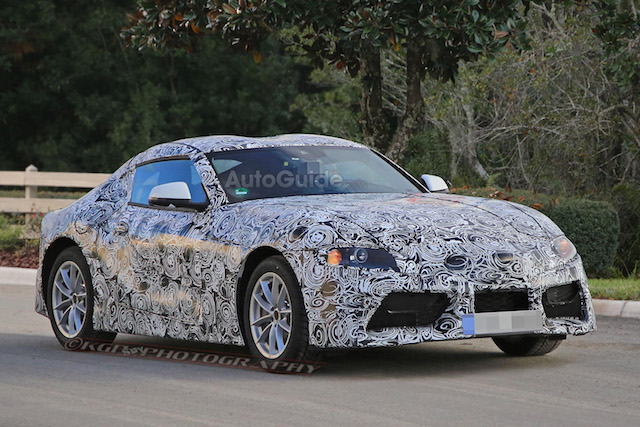 A front spy shot of the assumed Supra, courtesy of Auto Guide.

Early reports showed the Supra headed toward a 4-cylinder plug-in drivetrain, but more recently, rumors of a twin-turbocharged V6 with 400hp have come to the forefront. Designated the 943F, this will be Toyota's first forced-induction V6 engine and will also power the Lexus GS and LS.

While there hasn't been 100% confirmation that the new sports car will be called the Supra, Toyota did trademark the name earlier this year. This almost certainly means the automaker is planning on using the name again, and soon.

The last time the US saw the Supra was 1998, and Toyota ceased production in Japan in 2002. The Supra has established a cult-like status through movies and video games, so it's not surprising that Toyota decided to upgrade this iconic sports car. The collaboration with BMW isn't surprising either. Toyota previously worked with Subaru to develop the Scion FR-S (now the Toyota 86), and that turned out to be a fruitful partnership.

Expected to land in 2018 as 2019 models, both the Supra and the Z5 will be built by contract manufacturer Magna Steyr in Austria with a goal of 60,000 units per year.

What We Don't Know

Price. There hasn't been any indication of what the new Supra will cost, but Automotive News Europe has said the Z5 will start around $49,000. We expect the Supra to be in this ballpark.

Interior. What interior surprises does Toyota have in store for us? We genuinely have no clue. Until an official announcement comes, we'll have to wait on more spy shots.

Release date. When Toyota officially announces their new sports car, it will probably include the release date as well.