No, don’t imagine a V8 stuffed into a Prius, think bigger, better. Somewhere between the LaFerrari and the new Acura NSX, that’s where the future of automotive performance is going. Superfast hybrid sports cars are already here, and it’s only a matter of time before V8 stalwarts like the Mustang, Camaro, and Corvette become high-performance hybrids too. 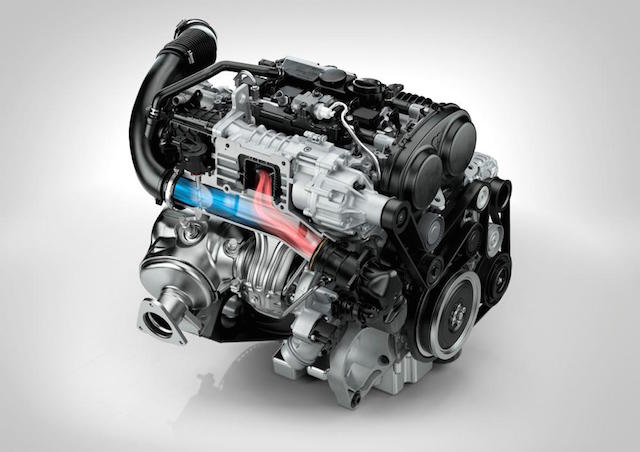 It Starts With Fuel Economy Regulations

Before we dive into how the TS040 and RC F demonstrate the future of automotive performance, it’s important to understand that federal fuel economy regulations are changing. A much-discussed topic in the automotive community for the past few years has been the year 2025; the year that new fuel economy standards will require an automaker’s “fleet” (all the cars they sell in the United States) to average 54.5 miles per gallon.

While this 54.5mpg requirement doesn’t mean that automakers need to start building trucks that can get 55 mpg, it does mean that automakers need to find a way to improve fuel economy as much as possible. When you consider the near-infinite torque of electric motors, the performance of pure electric vehicles like Tesla’s Model S P85D+ or BMW’s i8, and increasingly stringent emissions regulations…it’s easy to imagine that future performance vehicles will be electric hybrids.

But that’s not the whole story – future performance cars aren’t just going to be electric. A good portion of them – perhaps all of them – are going to feature hybrid V8 powertrains.

Toyota’s TS040 hybrid racer uses a large (for the series), naturally aspirated V8 engine. The reason? Thermal efficiency. “[T]he most appropriate solution for us was to increase the displacement of the engine to improve heat efficiency whilst upgrading the hybrid system,” says Hisatake Murata, General Manager of Toyota’s Motorsports Unit Development division when explaining Toyota’s decision to use a V8 rather than a turbocharged V6.

This brings us to the RC F. The 5.0L V8 engine in the new RC F is rated at a whopping 467 hp, yet it earned an EPA combined rating of 19mpg. That’s nearly the same rating as the new 2015 Corvette (20mpg), yet the RC F has more horsepower than the Vette’ and weighs 500-700lbs more! If the RC F lost 500lbs and sacrificed a few horses, it would undoubtedly get better fuel economy than any close competitor.

Then there’s KERS, or Kinetic Energy Recovery System, which is basically a racing version of a standard hybrid or EV energy recovery system. When the driver applies the brakes, KERS activates and turns the rotation of the drive axles into electrical energy. When the driver hits the gas, KERS deactivates and the normal powertrain function returns. Basically, KERS is like regenerative braking, only better.

If a thermally efficient V8 were to be combined with a hybrid powertrain and a high performance KERS, the resulting vehicle would have the incredible acceleration of a pure electric race vehicle, but unlike a purely electric car the V8 would be able to generate all kinds of power and run indefinitely (assuming you keep filling up the gas tank). All of the performance of a pure electric vehicle without compromising on driving range (as the Model S and i8 do currently).

Adding up all the facts:

It seems very likely that the future of automotive performance lies with variable cycle V8s connected to hybrid powertrains. This combination offers great fuel efficiency without sacrificing any bit of performance on the track.