When you think of green vehicles, “Prius” is often the first vehicle that comes to mind. There’s no doubt Toyota is a pioneering company that introduced the environmental-economical vehicle in 1997. Since that introduction, Toyota’s hybrid technology has evolved. They've sold over a million Prius cars and kept a steady pace toward the future.

Now, they’ve brought us the 2017 Toyota Mirai. Powered by an abundant element with zero emissions, this latest green vehicle is a great addition to the Toyota lineup, but how does it compare to the 2017 Honda Clarity Fuel Cell? 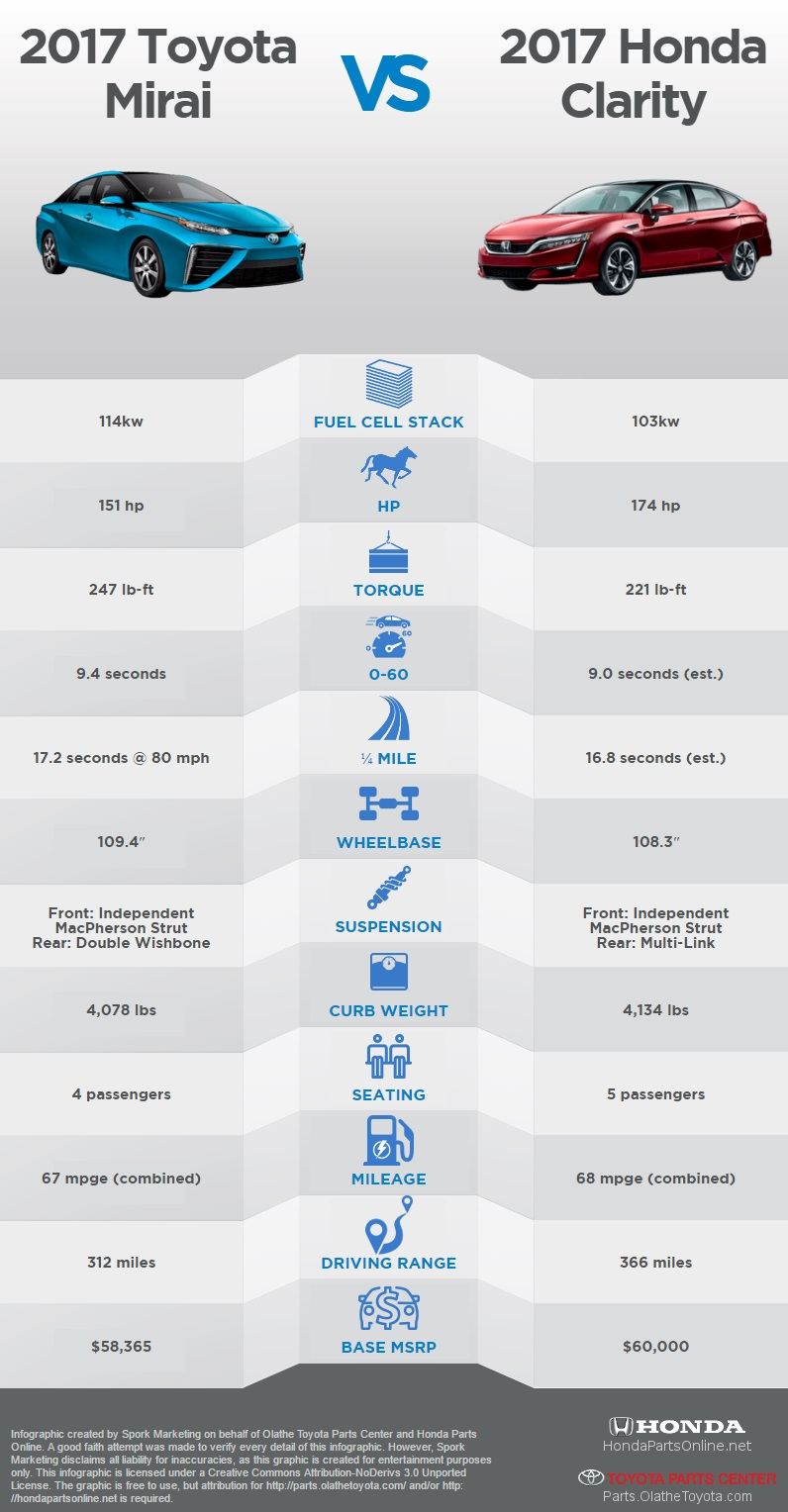 Working with HondaPartsOnline.net, we created a side-by-side comparison chart to take a closer look at the two cars. What we discovered is they are more similar than different. The horsepower, mpg, fuel cell stack, and MSRP are closely aligned, and both vehicles come with 24/7 roadside assistance. Both cars also have extensive safety measures, including pre-collision notification, brake assist, and impact protection, and automatic shut-offs for the hydrogen tanks.

The biggest difference between the two is the Mirai is a hydrogen cell-powered car you can actually own. That’s right, actually buying the vehicle is an option. With the Honda Clarity Fuel Cell, the only option is leasing. 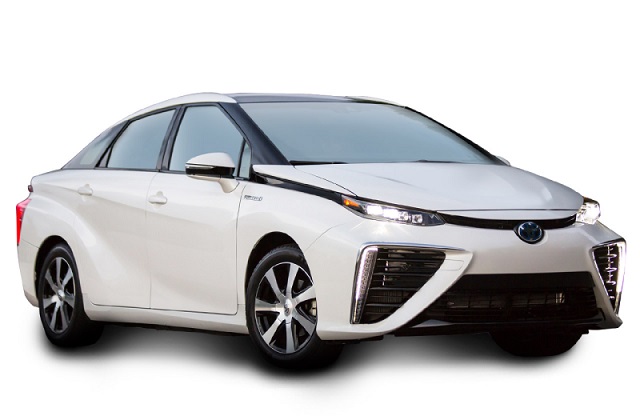 The Mirai has an 8-year, 100,000-mile warranty on all key fuel cell components, so why not own the car instead of lease? Toyota is also offering buyers free factory maintenance for the first 35,000 miles.

The big catch with fuel cell vehicles is that you must live in California to have one in your garage. California also offers a $5,000 tax rebate for driving the Mirai or the Clarity Fuel Cell. As the popularity of FCVs increases, we anticipate similar rebates in other states.

We’re excited to see what the growing interest in hydrogen cars will bring.