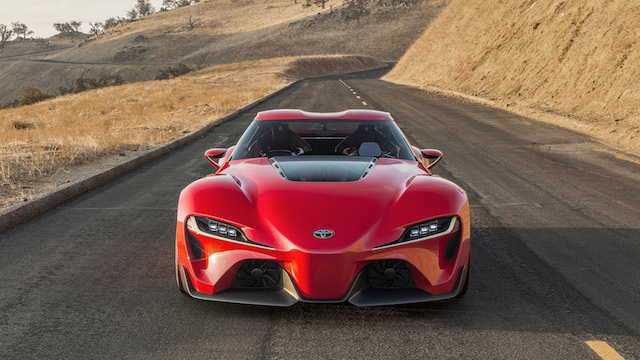 Could the new Supra look like Toyota's 2014 FT-1 concept?

The fact that Toyota and BMW are collaborating on a joint project is no secret. Exactly what that project is, what it entails, and when we see the result, however, has remained a tight-lipped secret.

We’ve scoured the interwebs for all the latest news on this upcoming mystery project and believe we have a pretty good handle on what’s going on. Though BMW and Toyota have remained quiet about their collaboration, enough information has leaked for us to paint an early picture of what’s to come.

Autoblog reported that the project is primed to be the replacement of the Z4 (presumably the Z5) and be the next-gen Supra. The USA last saw the Supra in 1998, and Toyota has constantly teased its return, from the hybrid FT-HS concept of 2007 to the FT-1 sports car concept from 2014. However, it looks like it’s finally set to arrive by 2018. 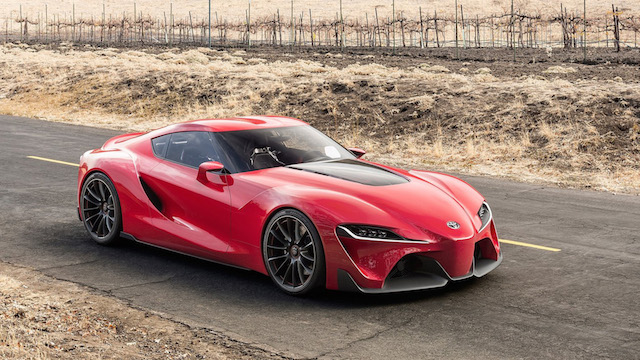 BMW and Toyota have been collaborating since 2012 but now seem to have begun separate development for their own projects. Before we go on, it’s important to note that while the Z5 and next-gen Supra are set to share the same platform as well as many of its internal parts, they will still be different vehicles.

Ian Robertson, a BMW board member, has said that Toyota and BMW’s final products will appeal to different areas of the sports car market. 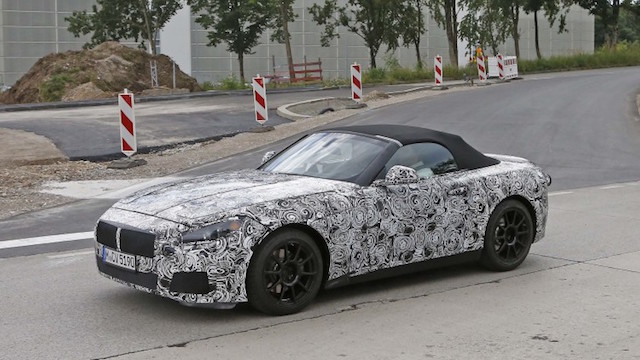 This spy photo from Autoblog shows the 2019 Z5's soft top. Could the Supra follow suit? 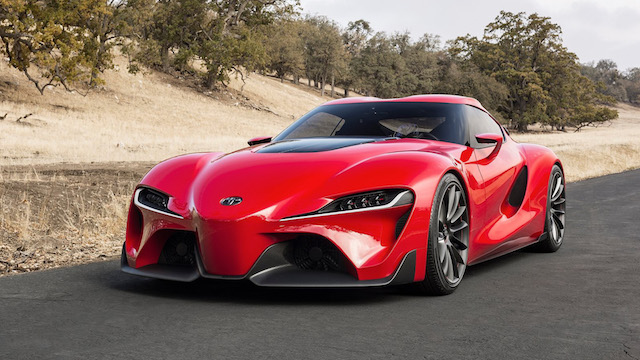 While early reports said the new Supra would receive a 4-cylinder plug-in hybrid drivetrain, now it’s looking like the Supra will receive a new engine developed by Lexus, according to Autoblog. Codenamed the 943F, this 3.0-liter twin-turbo V6 features 400hp and more than 300 lb-ft of torque.

To CarBuzz.com, this rumor makes a lot of sense.

“The 3.5-liter naturally aspirated engine that Lexus uses is a bit long in the tooth, so we could definitely see a turbocharged unit in the works,” says Carbuzz.

They also say that the 943F would be Toyota’s first-ever forced-induction V6. According to Autoblog, this twin-turbo V6 will presumably power the new Lexus GS and LS as well.

What's In A Name?

The new Supra's design is supposed to draw from older models like this one from 1991.

BMW and Toyota, admirably, had kept their lips shut regarding their joint project and what it might look like. However, reports say that both the Z5 and Toyota Supra will be built by contract manufacturer Magna Steyr.

Regarding its looks, Car and Driver has found that the Supra is expected to share part of its design with the FT-1 concept revealed at the Detroit Auto Show in January of 2014. This design, shown above, draws from Toyota’s Celica, Supra, and Scion FR-S. Auto Car reported that the shared rear-wheel-drive platform between the Z5 and Supra will be scalable to allow for different wheelbase lengths.

CarBuzz.com also says that BMW will be utilizing the body construction knowledge they figured out while developing the i3 and i8, specifically the use of hybrid steel, the aluminum platform design, and carbon-reinforced plastic body panels. It’s expected that the new Supra will benefit from this, too.

Are you excited for the new Supra to hit the streets? Let us know on Facebook!