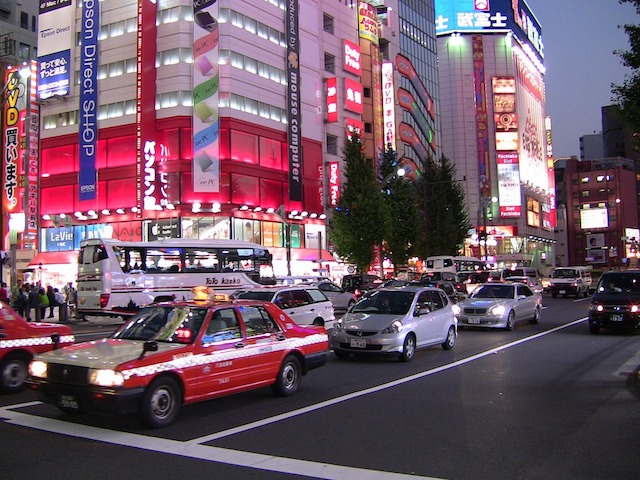 From Left to Right

It's no coincidence that most of the countries who still drive on the left side of the road are former British colonies, but driving on the left side actually goes even further back than England itself.

In ancient Rome, rush hour hadn't become a thing, and traffic laws didn't exist, obviously. The Romans drove the way that made sense for them: on the left side. Just like today, most people then were right handed. This meant chariot drivers held the reins in their right hand while they held the whip in their left hand on the left side of the road. That way there was little to no risk of whipping a passing chariot, and if they needed to do battle they could attack a passing enemy with their stronger, dominant hand. 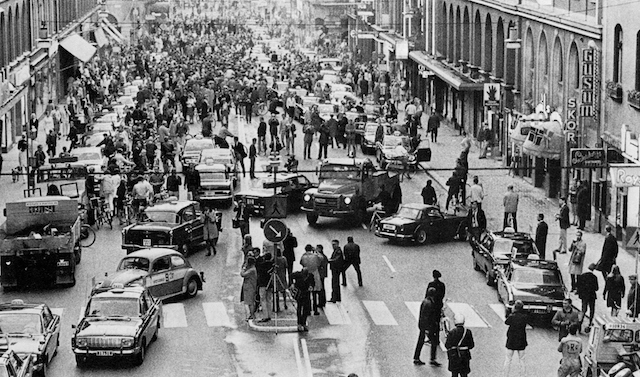 A "brief but monumental traffic jam" in Sweden during the switch from left to right.

From there, driving on the left side of the road more or less became custom. But as more and more automobiles took to the road, it became clear some sort of uniformity was needed. Henry Ford was one of the biggest influencers, designing the Model T with a left-side drive. This meant cars needed to drive on the right side of the road so passengers could exit the car on the curb.

In the coming years, most countries followed the USA's suit. European countries such as Italy and Spain switched in the 1920s along with Canada, and Scandinavia made the leap in the 60s. Sweden's switch was well-documented and rather comical, causing what Time Magazine dubbed "a brief but monumental traffic jam."

Today, 50 countries, such as England, Japan, South Africa, Australia and New Zealand, still drive on the left side. Why did they choose to stay on the left? It's mostly tradition. That's the way things were before roads had names and traffic was an actual word, and that's the way how things will stay.

Also, it'd be next to impossible to switch now, barring major (and expensive) changes deeply rooted in old and proud countries. Cities such as London were built around left-hand drive roads, and to switch would mean a complete change of structure to the city.

There are some countries that decided to switch from the right to the left, like the Independent State of Samoa did in 2009. Their prime minister swapped sides to make it easier to import more affordable cars from Japan and Australia.

Right-Hand Drive in the USA 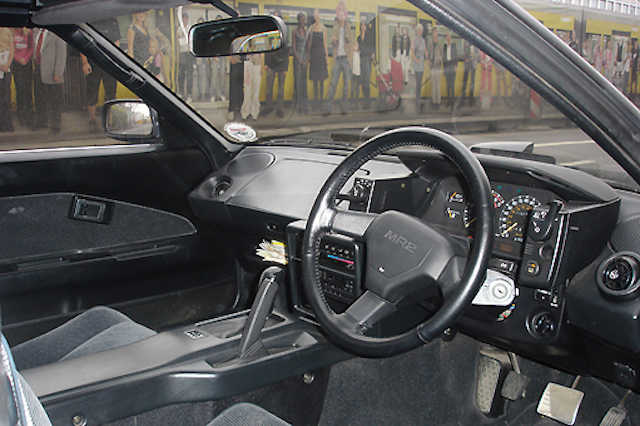 Did you know that it's legal to drive a right-hand drive vehicle in the US? Not only that but it's becoming more and more popular to import cars from Japan, Australia, Europe, and even Central and South America.

We've recently outlined how to import a Land Cruiser, and the same rules apply to pretty much all cars coming in. If you're hesitant to import because of the opposite side, don't worry. After a few blocks, you'll set yourself at ease and drive like you always have.