Timing belts are a necessary component that allows the car to function properly- effectively getting passengers from point A to point B.

The timing belt is responsible for controlling the camshafts in the engine. It causes the camshafts to rotate in perfect "time" with the crankshaft. This ensures that the valve are opening and closing exactly when they should. This process depends on a timing belt in good condition in order to operate properly. If the timing belt breaks, the best-case scenario is the car will stop operating. In the worst case, costly engine damage will occur when the belt breaks.

Therefore, timing belts must be replaced on a pre-determined schedule. The question is, what’s the proper time to do so for your specific vehicle? Find your model below:

If you’re the owner of an Avalon with a V6, made between 1995 to 2004, the belt should be replaced by 60k miles. Avalons with a V6 made from 2005 on are equipped with a timing chain, so there’s no recommended service needed.

Owners of 4-cylinder Corollas from 1990 to 1997 will have a timing belt that needs to be replaced every 60k miles to avoid potential damage from a broken belt. 4-cylinder Corollas made from 1998 to today are equipped with chains, so it’s one less replacement to think about.

Prius owners, rejoice. There’s no need to change a belt on any model from any year, as they all come outfitted with chains.

Yaris’ entire run has been simplified when it comes to belt maintenance, as every Yaris manufactured is equipped with a chain.

RAV4s manufactured from 1996 to 2000 with a 4-cylinder engine should plan on changing the timing belt every 90k miles, while owners of RAV4s from 2001 on with a 4-cylinder have chains. V6s from 2006 forward also come equipped with chains, so owners don’t need to sweat it.

All Venzas manufactured from 2009 to the present day have a chain, so don’t stress about the belt. 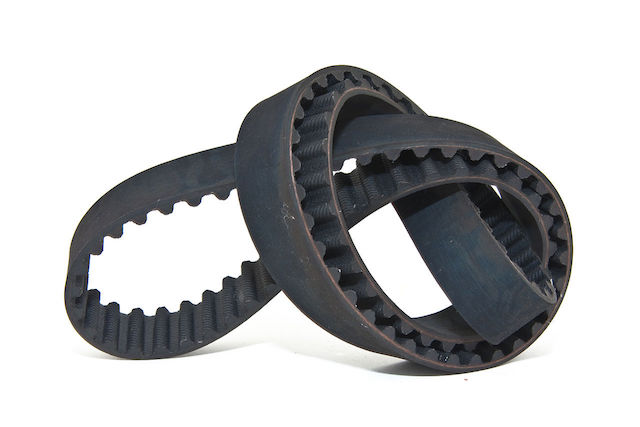 Replacing a timing belt before it breaks on its own is extremely important. A loose or worn timing belt can set off trouble codes from the camshaft or crankshaft sensors, prompting the warning light on the dash to engage.

If the timing belt does break, the car will stop working, or worse, if your car is equipped with an interference engine, the timing belt could cause major damage to the engine. If damage occurs, it takes an extensive amount of time to remove the head, plus costly repairs involve replacing misshapen valves, which could bend as the piston hits the valves when the belt breaks.

Unless your vehicle has a timing chain, or for some reason you’ve replaced your timing belt on a different schedule, it’s vital to replace the belt at the intervals listed.