Ready to turn your Toyota Prius into a funky home on wheels? Well, even if you aren’t, you still can. With a cool little camper conversion, you can take the world’s most loved hybrid into the woods.

Naturally, the Toyota Prius is the most popular hybrid around — and has been since production began in 1997. It has a great reputation, is super reliable, and oh yeah, extraordinarily fuel efficient, what more could you want? If it’s to go camping, you’re in luck!

Camp-Inn, known for making of retro-style travel trailers, is offering a Toyota Prius camper van conversion. Perfect for the die-hard Prius owners who want to take their hybrid everywhere and anywhere. 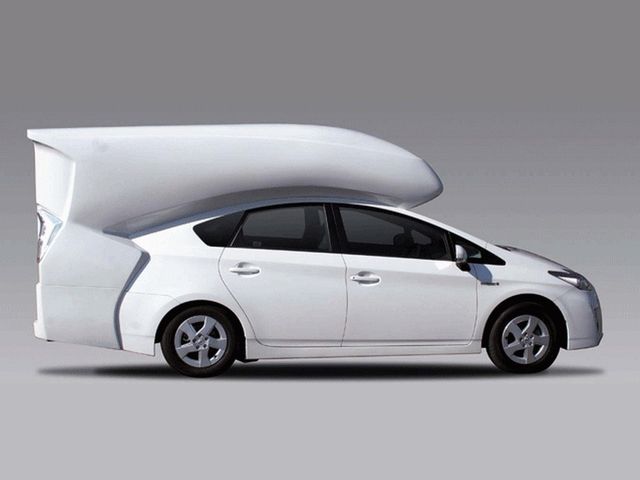 This bizarre little conversion adds a fiber-reinforced plastic hump onto the top and the back of your Prius. The final product is added space for a living area with enough room for a stow-away coffee table and couch. 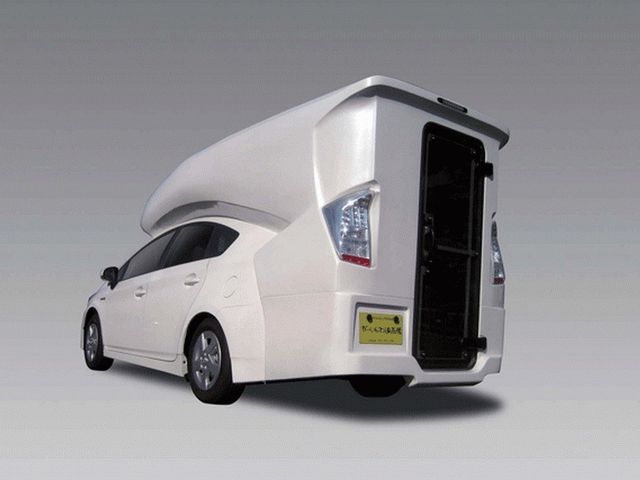 You can even put a bed in the second floor! 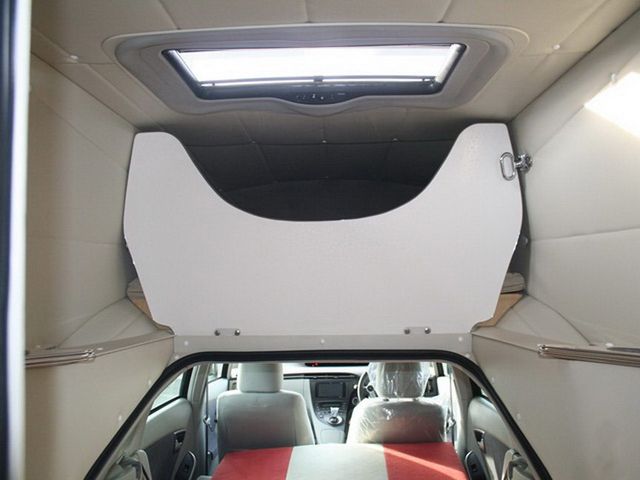 The drawback that’s going to scare any good Prius driver away: it will murder your fuel economy. Or at least it probably will, there hasn’t been any testing done to prove this theory. However, given the added weight and how it kills aerodynamics, MPG loss is pretty much a given.

The option is still there, if you don’t mind a few more stops at the pumps and some funny looks. Who knows, camping in a Prius could be the next new trend on campgrounds!