Prepare yourself, for the 2011 Toyota Matrix is hitting the streets, and it’s hitting them hard.

On display at the 2011 Chicago Auto Show, the 2011 Matrix was one of the auto show’s biggest hits. With it’s many features and changes from the 2010 model, the Matrix has had a significant refreshment, and will take the small sub-compact industry by storm… or will it?

While the 2011 model of the Matrix looks significantly different on the inside and out, it shares an almost identical engine/powertrain as the 2010 model. Last year, one of the only issues some reviewers had with the larger 2.4 Liter engines was the “unremarkable fuel economy” (www.edmunds.com). While the smaller 1.8 Liter engine did return a more significant 28 mpg, the larger engine could only squeeze 24 mpg. The 2011 Matrix has virtually the same engine options under the hood, and still at best is rated with a combined 28 mpg. 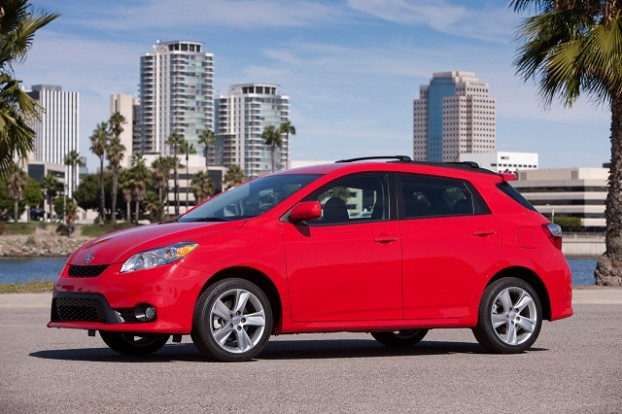 So, the heart of the Matrix hasn’t really been changed all that much. What Toyota really focused on for the 2011 model, however, was the interior and exterior changes. From their press release,“The Matrix S, which features all-new front and rear bumpers in 2011, integrates front and rear underbody spoilers and a large mesh front fog lamp bezel.” Engineers and designers at Toyota have also strove to give the Matrix a more streamlined and continuous look and feel.

The exterior is definitely not the only thing that changed from the 2010. From the cockpit to the newly fabricated seats, nearly everything has been reworked from last year. The radio and media hub have been refreshed into a focal point of smooth curves and bright accents. The seats, which now employ leather upholstery with a more sporty touch, gives the whole interior a very clean, but fierce feel.

All in all, it seems like the 2011 Matrix has made a step in the right direction. While more probably could have been done with the engine and the fuel efficiency, one can’t ignore all the interior and exterior refreshments Toyota has put into this model. Now, whether the Matrix will end up on the lower end of sales numbers like the 2010 model did, is all up in the air until it hits showroom floors this year.