The hybrid vehicle industry is constantly evolving, and with the concept unveiled at the Detroit Auto show last week, Toyota is changing with it. No longer can an automobile company succeed with only a few vehicles, all the same size, shape, and color. People want new, people want exciting, and people want innovative. That is what drove engineers at Toyota Motor Corp. to put together this concept, the Toyota Prius C “ Small “city”-centric Hybrid Vehicle” 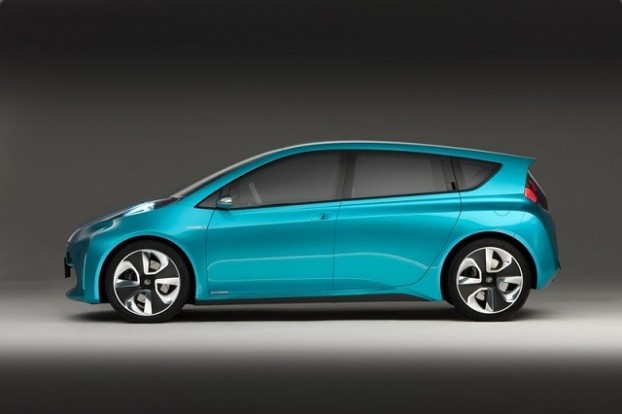 Built with efficiency, reliability, and cost effectiveness with an attitude, the Prius C is the third vehicle of the four currently in contention for the Prius Family. Unlike the Prius V: for versatility, the C model is designed for the city commuter of the 21st century. It is an “inspiration for future small, entry level hybrid[s]” and has a Smart-Car feel. While the actual show room floor model will probably not include this exact layout, the Prius C concept will evolve into the vehicle slated for release in 2012.

According to the news release, “While the current Prius has ushered hybrid technology into the mainstream, and the Prius vwill provide the additional room and versatility for active families, compact shoppers are interested in a smaller hybrid at an entry price point and with superior fuel economy.  The Prius c Concept, with c representing a “city”-centric vehicle, will appeal to young singles and couples who want an eco-sensitive, high-mileage, fun-to-drive Prius.”

Until the new additions to the Prius family, you can always ease the hunger for new Prius by visiting the Olathe Toyota online sales-floor or checkout our Toyota Prius Parts online.