Earlier this month, Toyota debuted their new C-HR Concept at the Paris Motor Show. While it’s never really known if a concept is an insight into a production vehicle or merely an idea, the C-HR seems like it could become a new Toyota crossover. The reason? Small SUV sales are booming, and the C-HR would give Toyota yet another opportunity on this boom in a segment just below the RAV4. 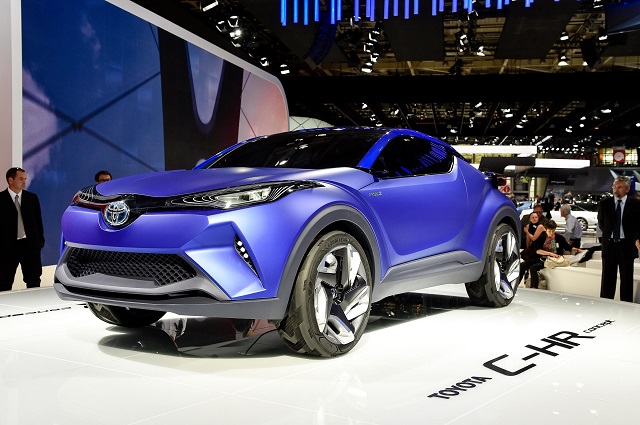 The C-HR concept introduces a new, sleek body design that gives perspective both on Toyota’s current styling intentions as well as a taste of their future design direction.

The C-HR is a brawny, yet smooth three-door that rides high, and has an abnormal hatchback shape with firm shoulders and a short spoiler. The C-HR strong flared wheel wheels and a wide, planted stance. The wheels presented on the C-HR host blade-style spokes that aren’t the most flattering for such a sleek looking vehicle, but when have dedicated crossover wheel designs ever been flattering? Given the influence from the RAV4, a five-door variant could be expected, as well.

The front end hosts a seamless, slim, detailed upper grille that conjoins flowing headlights that feature distinct detailing that gives the daytime running lights a 3D treatment. The taillights also share the same detail as the headlights, giving way to Toyota’s future design intentions. Maintaining the sleek, seamless look, are side windows that sweep towards the rear of the vehicle and end at needle points near the rear window, creating a very slim roof line. 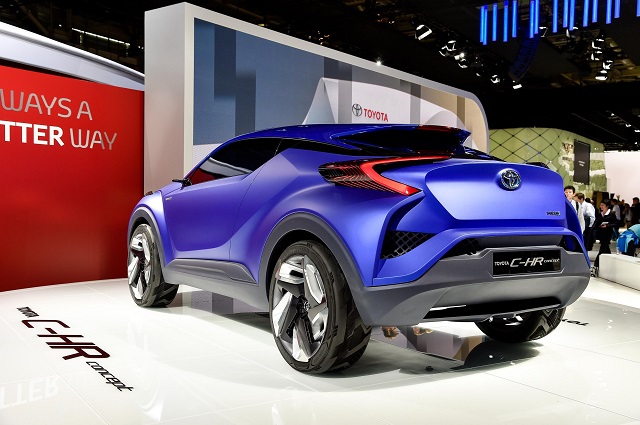 Toyota hasn’t disclosed much on their new hybrid powertrain, aside from stating it “will deliver significantly improved fuel efficiency,” presumably when compared to the existing small SUV powertrain in the RAV4 (only who knows for sure). If we assume that the C-HR would use one of Toyota’s new uber-efficient 1.3 or 1.0L 4-cylinder engines (which have hit 38% and 37% efficiency, respectively) in combination with an updated hybrid powertrain, it seems likely that the C-HR would be an SUV that gets car-like mileage.

When you consider the increasingly strict fuel economy regulations that begin to take effect in 2016 – as well as the boom in small SUV sales – it makes sense that Toyota is interested in producing a vehicle that both meets regulatory requirements AND satisfies the demands of a public that loves crossovers.

Finally, if we assume the following:

However, if we add up the anticipated improvements in Toyota’s gas engine (10%), hybrid system (10%), and that this concept is light and aerodynamic, a 30%-40% fuel efficiency improvement over the nearly 4,000lbs Highlander Hybrid seems likely.

That means that the fuel economy of the C-HR could stretch upwards of 40mpg…and that would be a class-exclusive level of efficiency.

Here’s to hoping the C-HR concept makes it’s way to production without losing any of it’s attractiveness, and that our fuel economy prognostications aren’t too far off.