The lines between Tesla and Toyota begin to blur… Or do they? - Toyota Parts Blog 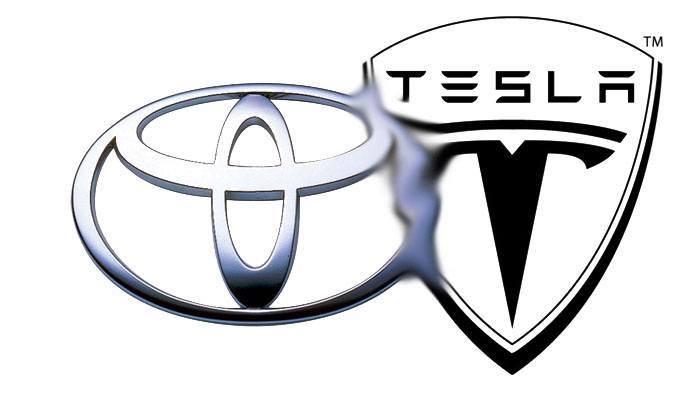 Will the two companies combine to create a new “green” vehicle?

In recent weeks, news sources around the world have been in debate over the growing partnership between automotive giant Toyota and electric vehicle producer Tesla. Both known for their vehicle efficiency, a recent business deal in which Toyota sold the NUMMI plant to Tesla and agreed to buy a large portion of the companies stocks brought the two “green” companies together for the first time. Fanatics, reporters, and analysts since then have been trying to find out if in fact a Tesla – Toyota vehicle is on the way, and it seems there are two distinctive sides developing.

On the one hand, it seems unavoidable. Toyota and Tesla, both with such ecologically friendly ideals, could no doubt cooperate and come up with something magnificent. With Toyota’s experience in the industry and Tesla’s world-known batteries, there is a lot of potential there.

Kyodo News, a Japanese news agency, “citing unnamed sources within Toyota, says the two companies will develop a prototype in the coming months. Engineers from Toyota met their counterparts from Tesla earlier this month to discuss the project. They will check the reliability of the batteries to be used in the vehicle and see if the computer control system will work during the developmental period.” (www.Wired.com) This report definitely excites those looking forward to a Tesla-Toyota generation of green vehicles.

Toyota, on the other hand, has flat out denied any electric vehicle in the mix between the two. In fact, they told Bloomberg “Toyota Motor Corp … said it doesn’t yet have a formal plan to develop an electric car with startup Tesla Motors Inc., after a report that such a project will occur this year.” But that may be a little confusing for people who have been following the development. Just at one of Tesla’s news conferences, in fact, Tesla CEO Elon Musk said “We’re going to create electric cars together”. Confusing, right?

What this chain of events means is somewhat difficult to discern, but there is one main possibility. If what everyone is saying is relatively true on some level, then consumers can probably expect a Toyota – Tesla vehicle in two-or-three years time, but to be 100% sure, I suppose we’ll just have to wait and see.