Toyota has released a commercial showing a pair of new off-road packages. The TRD Pro package looks to be available on both the Tacoma and Tundra trucks. If the pictures are any indication, these trucks could be awesome. 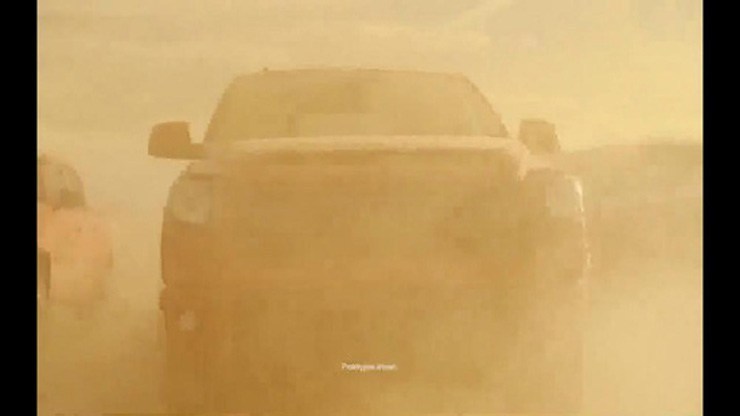 Toyota has released a new commercial teasing a new line of TRD Pro trucks. We can’t wait to see them.

The commercial was released the weekend of January 18 during a motocross racing event. Click here to see it.

Off-road packages have become extremely popular over the last several years with almost all makers offering them. As much as people like to customize their own truck, it is nice to simply buy it already done at the dealer.

Both of these offerings will replace various outgoing models. Last year, Toyota ended the T|X Baja for Tacoma and the Rock Warrior for the Tundra. Combining both of these packages into one new package for both products will save Toyota time and money promoting them.

While the pictures and video don’t really show a whole lot, we can see a new grille and the new badging. It is anybody’s guess as to what off-road modifications these trucks will have.

The ride height and wheel clearance were each improved by more than 1 inch.

Our current guess is that the new trucks will be unveiled at the 2014 Chicago Auto show in just a few weeks. There are two press conferences scheduled for Thursday, February 6. We will update you as soon as we know anything.