Toyota FT-1 Concept Debuts - What You Need to Know

Toyota unveiled a FT-1 racing concept that harkens back to days gone by at the North American International Auto Show in Detroit, Mi. This video game inspired race car is sure to make your heart race. 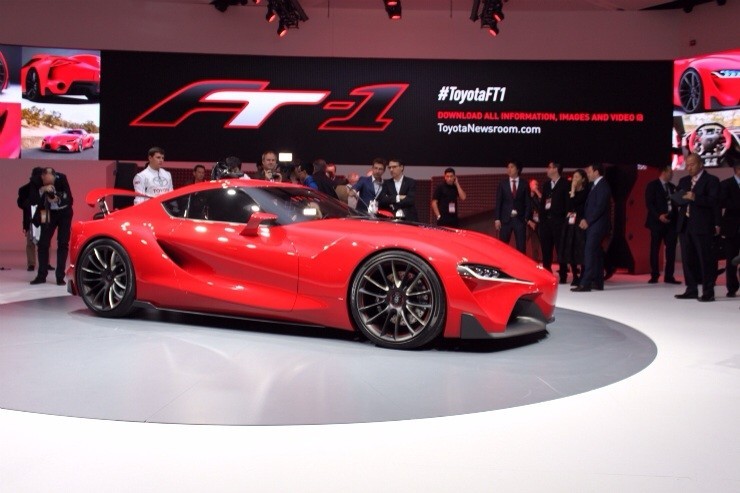 Even sitting still, it looks ready to go fast.

The FT-1 (name means – Future Toyota 1) is really more about where Toyota is heading with its design ideas than about being a production model. It is such a Calty design studio concept idea that it was developed into a car for the racing video game Gran Turismo 6 BEFORE it was put into production. The designers really worked hard to see what it would look like and how it would probably perform before moving forward. 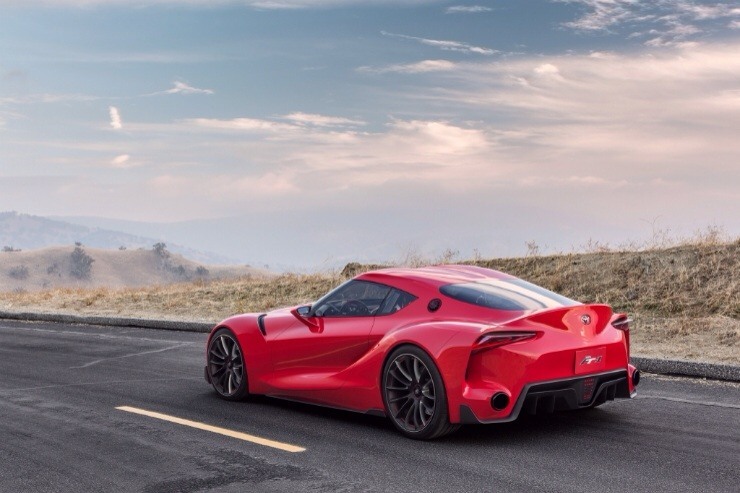 Drawing inspiration from Toyota CEO Akido Toyoda’s mission to break away from the bland Toyota design of the past, designers are now raising the bar on what’s possible.

Toyota says, “The project started nearly two years ago and represents a labor of love by a passionate, dedicated and gifted Calty design team.” 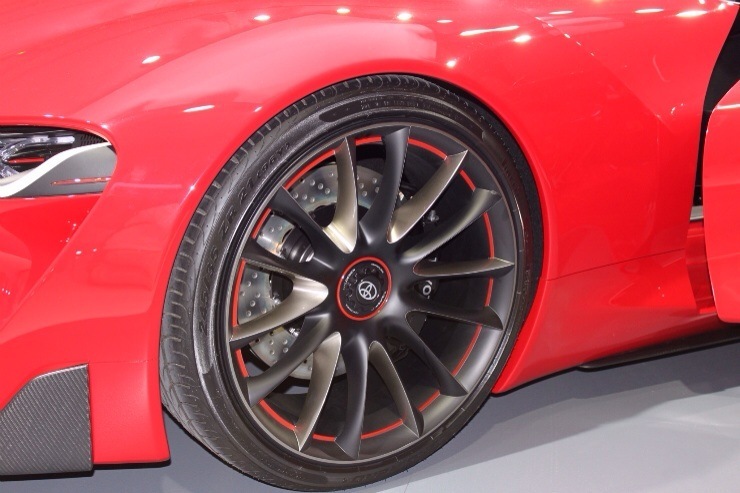 No racing car would be complete without a set of sweet wheels.

“The FT-1 is a dream-project for a designer and car enthusiast like myself,” said Alex Shen, Calty’s Studio Chief Designer. “Our team was heavily influenced by Toyota’s sports car past, especially Celica and Supra, and we sought to capture some of that history. It is an aggressive, track-focused sports car concept with a presence that has been amplified for shock and awe.”

The design is based on “Function-sculpting” that visually represents “curved, muscular, expressive body forms seemingly shaped by the wind.” Calty says that all the inlets, ducting and vents are meant to direct airflow preciously around the vehicle and maximize its track readiness. They also introduced a retractable rear wing that tilts forward creating additional downforce when needed at higher speeds. 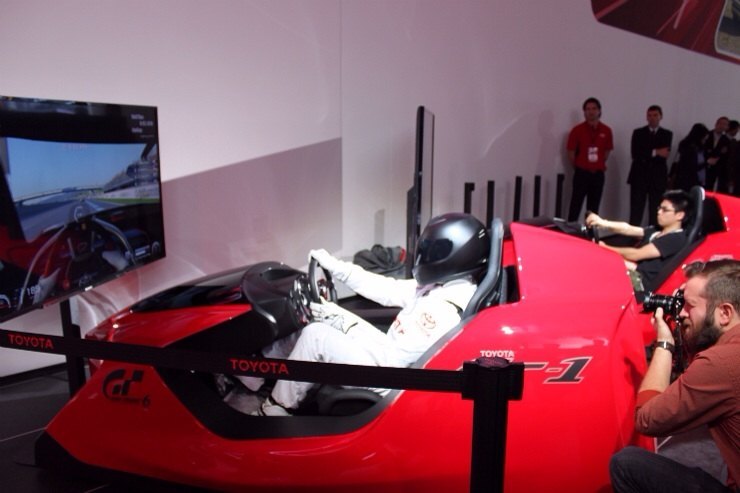 As part of the unveil, Toyota had racing simulators set up to “drive” the car.

It is a front engine, rear-wheel drive car on purpose to ensure that the driver sits at the optimal place to improve weight distribution. By using this design, the exterior looks more reminiscent of the legendary Toyota 2000GT especially with its wraparound windshield and side glass openings. 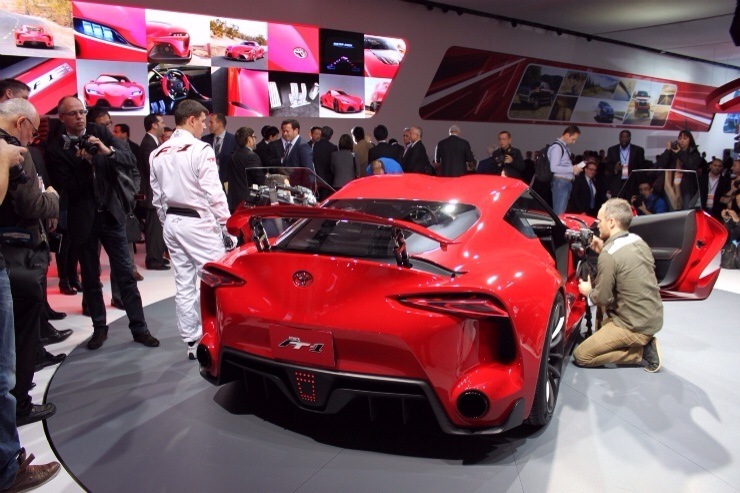 The aftermath from unveil of the FT-1 was full of cameras. This rear end has the retractable rear spoiler.

On the inside, it is meant for business not going to get your groceries. The driver is positioned like an F1 racer with a unique heads up display. The low-slung cockpit has the A-pillars moved back allowing increased vision when cornering. Toyota says it has a “delta-shaped display zone” which is meant to surround the driver with a real sense of being connected to the vehicle

Technical specs on the engine are not available.

What did Toyoda think of the car?

The story goes that “Toyota executives were offered the opportunity to take FT-1 for a timed lap around a computer-generated Fuji Speedway. Behind the wheel of the concept, Toyota president Akio Toyoda, an accomplished race car driver, completed the virtual circuit faster than his best real-world lap time at Fuji in his LFA. From that moment, he was convinced and the concept was approved to be built in model-form for the international auto show circuit.”

“Sports cars represent the ultimate driving expression in its purest form. As car enthusiasts ourselves, this is the kind of project we dream about working on,” said Calty Design Research president Kevin Hunter. “Beyond its obvious five-alarm visual impact, FT-1 is symbolic of a new chapter for Toyota Global Design. This provocative concept truly captures the passion, excitement, and energy of the Toyota we are evolving into and embodies elements of the emotion and performance that Toyota will imprint upon future production designs.”

What do you think? Would you like to see it in production?