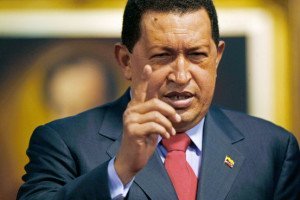 Now, when you think of Venezuela, many things come to mind, and one of them is President Hugo Chávez. Known for his strict economic policies, Mr. Chávez has nationalized many industries, such as its oil production, but could Venezuela’s international auto industry be next? This week, Mr. Chávez has made threats towards many automotive companies, including Toyota, which could lead to their nationalization.

One of Hugo Chávez’s main concerns is the sharing of new technology with the residents of Venezuela. Most residents of the South American nation live in rural areas, so their best mode of transportation would be all terrain vehicles. Mr. Chávez believes that many of the best vehicles that Toyota produces are not being produced in their Venezuelan factory, and this is an issue for Chávez. If he finds, after an extensive inspection, that the factory is not producing the newest technology available, Mr. Chávez is threatening to nationalize the factory and then sell it to a Chinese company.

If the Venezuelan Toyota branch is lost, the company in general will be little affected. In Venezuela, Toyota sells approximately 30,000 vehicles and Toyota Parts a year, and they are still at a lower price than the national average. Compared to the nine million vehicles sold in 2008, Venezuela is not what you would say a “hard hitter” for Toyota.

Toyota is not the only car manufacturer who is having their production inspected. Others who are being threatened by the Venezuelan government are Chrysler Group LLC, and General Motors Co.

While Toyota is attempting to compromise with Mr. Chávez, there really isn’t enough business in Venezuela for them to invest transferring the newest technology. Realistically, even the most inexpensive vehicles are mostly too expensive for the everyday citizen in developing countries. That said, Toyota has mentioned beginning development of a “New Compact Car” (NCC) aimed at developing countries such as Brazil and India, and is slated for release in 2010. It would be a basic car, without all the extras, that would make the NCC extremely inexpensive, but still powered by the Toyota Parts you can find at your nearest Kansas City Toyota Dealership.