For the second time this year, a top ranking Toyota executive has talked about the need to change their truck production. With dealer demand rising, customer’s appetite for more Tundra configurations and powertrain options, Toyota is going to have to do something. 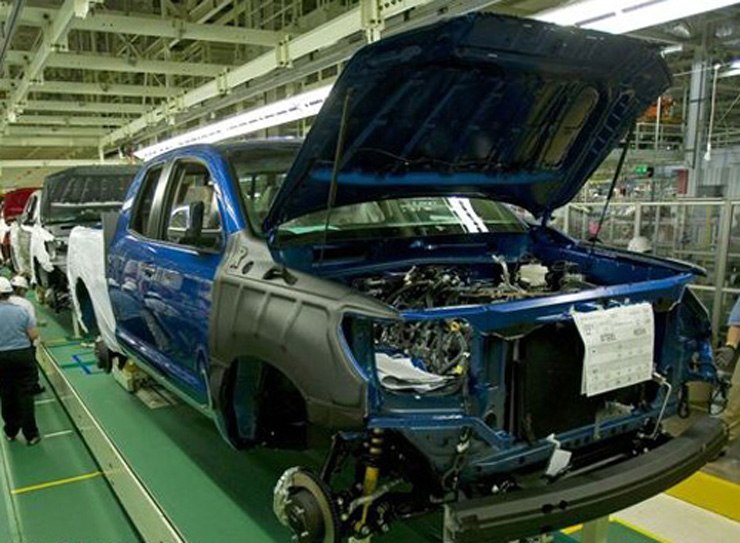 The production line for the Tundra and Tacoma is becoming strained. With a need to bring new, unannounced Tundra models out, will the Tacoma production be moved again?

It has been many years now since Toyota decided to combine the production of the Tacoma and Tundra into the one San Antonio, Texas plant. However, that time may be coming to an end. Bill Fay, Toyota division general manager recently told Autonews.com: “Dealers are telling us they could sell more Tacomas and Tundras. We are evaluating our footprint and capacity.”

Fay went on to point out that the San Antonio plant currently produces 250,000 units annually with two shifts, overtime and working Saturdays. It is possible that they could add a max of about 7,000 more units with making some production adjustments. Yet, that is it. With pickup truck sales trending upward, that increase may not be enough.

Toyota does operate one other facility in Tijuana, Mexico which builds around 50,000 Tacoma trucks, however, most of those units are sold in Mexico and Canada.

The facts are that if Toyota plans to meet increased demand for its trucks, it is going to have to come up with a solution to its capacity problem.

This problem is a big reason why Toyota doesn’t offer a lot of different configurations and powertrain options. While Toyota Chief Engineer Mike Sweers says they are always looking into more options, he did point to the capacity issue as being part of the problem in a July 29, 2013 USA Today article. At that time, he said Toyota was considering shifting the Tacoma production to Mexico and finding ways to create more “production efficiencies.” At that time, Sweers also mentioned that pre-orders of the new truck were strong and they are planning new “undisclosed additional variants” that should boost demand even further.

These new additional variants would most likely be in an all new Rock Warrior package (discontinued in 2013, but rumored to be in planning phases), a heavy duty model (maybe a 1/2-ton HD or heavy half ton) and other powertrain options like a much talked about  diesel. Those HD and powertrain options had been talked about way back in 2007 before the economy crashed. Now with truck sales approaching the 2 million per year mark, the business case for building them hasn’t been better.

In the end, it seems pretty likely that Toyota wants to build more versions of the Tundra. The where it will be built remains to be the question. If Toyota can figure out the capacity issue, the sky is the limit for new truck models.