Toyota has licensed inductive charging technology from MIT spin-off WiTricity which could turn into better charging in electric vehicles. Here is what could happen. 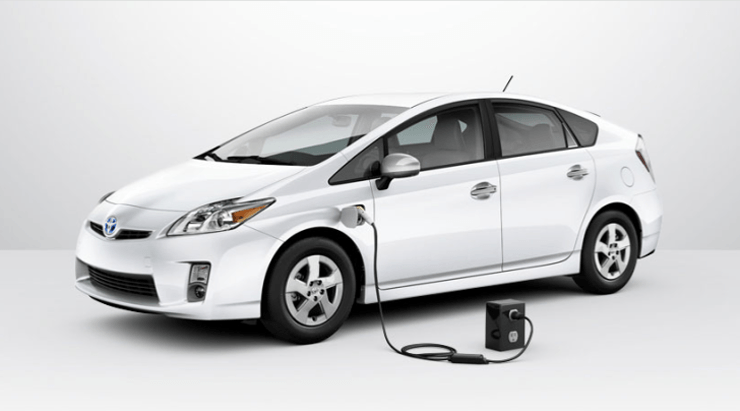 The days of plugging in your EV Prius could come to an end soon with new agreement.

Inductive charging, is also known as wireless charging, that uses an electromagnetic field to transfer energy between two objects. Many people see this type of charging as the future of all sorts of items including cell phones, laptop computers and vehicles. The idea is that when you place the object on a charging pad or park on one, the battery is recharged. In a vehicle, this means you could park in a designated “charging parking space” which would charge your battery as it sits there.

For electric vehicles, this could radically change how they are developed and vastly increase sales. Many consumers simply have “range anxiety” about how far they can drive their electric cars and others don’t want the hassle of plugging their car in each night. If the cars had wireless charging, that could change.

This new breed of electric cars could be charged in a variety of ways. You could lay down a charging pad in your garage and each time you park, your car could be charged. Parking lots and cities could invest in charging pads. Then, when you park, your car can be charged. It could also spark a new “option” at gas stations. Instead of getting gas, you could park in a “super” charging pad that would quickly restore your battery power. All of these ideas could conceivably eliminate range anxiety all together. Without range anxiety or the need to plug it in, the two big drawbacks to electric vehicles would be gone. This could turn into a huge sales boom.

Toyota’s engineer Satoshi Ogiso, who helped develop the first Prius, said that Toyota is currently working on a wireless charging system that will be unveiled next year in U.S., Japan and Europe. They aren’t alone though.

For WiTricity, the investment comes on the heels of an investment from Intel’s venture arm, Intel Capital. These investments will spark WiTricity to bring their prototype to the market faster. The current prototype works on a cell phone. It has a wireless receiver built in it and when placed near a laptop with a charging transmitter, the phone charges.

With a prototype already working, it seems this technology is close to coming to market.

“Intel is quite keen to get this into portable devices. If that happens, it’s a reason to get the latest and greatest devices,” WiTricity CEO Eric Giler told Spectrum. “Seeing these things in the market in the next 12 to 18 months is entirely realistic.”

While a cell phone is a lot different than a vehicle, the idea that an electric vehicle could be wireless-charging capable in the next 2 years is very exciting.

What do you think? Is this the future of electric vehicles?