Call it the one that got away, this really nice 1978 Toyota FJ45 Land Cruiser was sold/taken down on Ebay recently. Whoever bought it got a really beautiful and rare oldie, but definitely goodie. 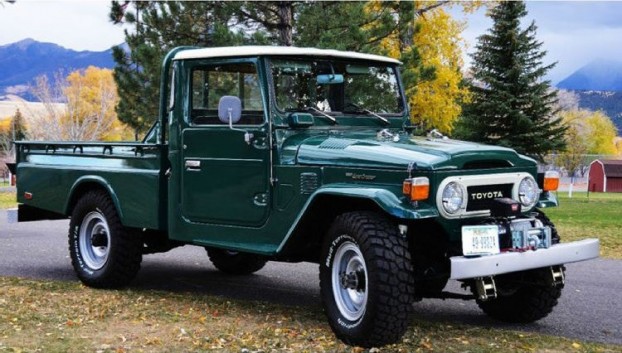 Truck Trend has the story and says the 1978 FJ45 Land Cruiser had only 53,000 miles on it. It underwent a frame-off restoration less than a year ago and has since been stored in a garage. With the restoration complete, the truck has no rust and “runs like a top,” according to the owner per Truck Trend. Topping it all off is that the truck comes with the original manual, title and insurance card from 1978. 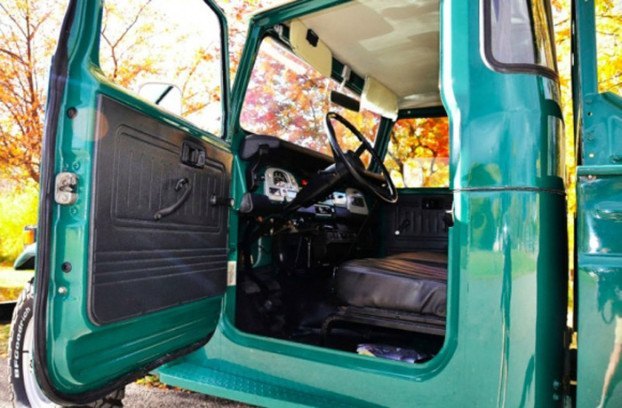 This beautiful 1978 Toyota FJ Land Cruiser recently was either sold or taken down on Ebay. It is spectacular looking!

It is powered by the stock 2F inline-six with a four-speed manual transmission. The paint is the original Rustic Frame and the frame was painted as well.

There were a host of new parts added like: 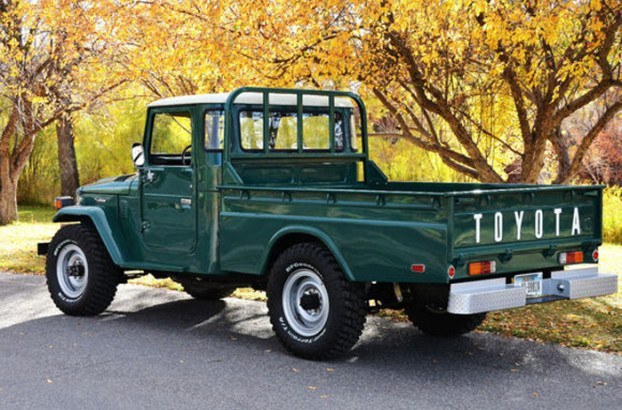 What a great looking FJ45 Land Cruiser! This is one sharp truck.

There seems to be some confusion as to whether this truck actually sold. BringATrailer.com reports that on April 28, 2013 “The seller cancelled all bids and ended the auction early. The highest bid was $55k and the reserve was not met.” Whereas Truck Trend says it is sold.

Whether it is sold or not, this is one beautiful FJ45.