A 2015 Toyota hydrogen fuel cell powered vehicle could retail between $50-100k. Yet, a high price might be the least of its obstacles. 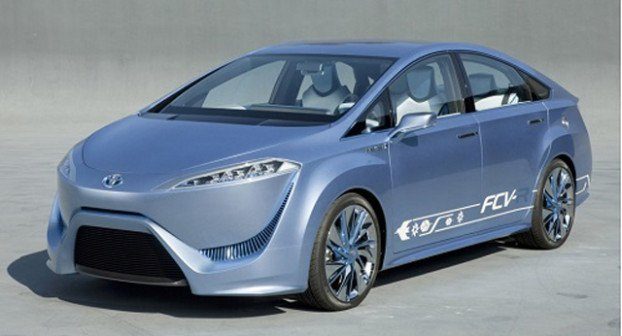 If Toyota offered a hydrogen fuel cell vehicle in the $50-100k range, would you be a buyer?

For years, automakers have steered away from hydrogen fuel cell powered vehicles due to a lack of infrastructure. While an abundant infrastructure is still years away (if ever), Toyota is still working on building a concept.

The hydrogen fuel cell vehicle concept is rumored to have cost $1 million to build according to Gas2.org. This concept is a FCV-R based four-door sedan. The plan is for this car to make the auto show rounds starting at the Tokyo Motor Show in November 2013.

Holding up hydrogen fuel cell viability are high price points as well as infrastructure. Many manufactures seeing these issues have gone in different directions to meet CAFE requirements like hybrid-electric and all-electric vehicles. The mass production of these vehicles could mean further price drops into the mid $20’s. An affordable electric car that gets excellent range could be another deterrent to producing a hydrogen fuel cell vehicle.

Toyota is reportedly moving forward with the concept though. They expect to sell as many as 2,000 vehicles when they enter the market with future plans of offering it at the lower of the $50k range with savings from mass production. The hope apparently is that the U.S. Federal Government will push the development of more infrastructure to make this vehicle more appealing.

With many automakers working on creating different power sources for their vehicles, the race is on to be the leader in the next generation of alternative fueled vehicles. It is anybody’s guess at this point, however, which power source is the future (electric, hydrogen, diesel-electric).

What do you think? Is a hydrogen fuel cell vehicle appealing?