In January of 2009, Akio Toyoda was announced the new CEO of Toyota. The first president to be schooled in the United States, Mr. Akio has his job cut out for him, and many people are expecting great things when he is in charge. Not only is he amid an economic crisis, the industry itself is struggling to 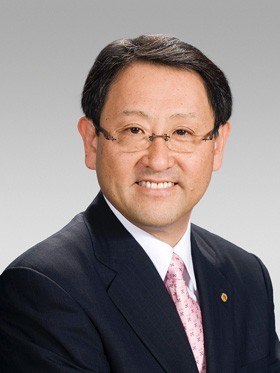 keep afloat. Luckily for consumers, Akio Toyoda brings new ideas and protocols that could change the company for the better.

Mr. Akio’s thought is that Toyota should focus more on quality, instead of quantity. Over the history of Toyota, the general idea was to grow, grow, and grow some more, but in these hard times that business model is difficult to uphold. Under Akio, the focus will be to increase the reliability of Toyota parts and the cars themselves.

Not only will he be shifting in its focus on quality, but Mr. Akio will also be rethinking its oversea sales. The U.S. has become the biggest consumer of Toyota goods, and there needs to be more new Toyota parts and Toyota accessories to meet the growing demand for genuine Toyota parts. Of course, the more cars and parts in the States, the more sales, and the more profit for the company!

Akio Toyoda has done a lot more than just lead Toyota in a new direction. Way before the e-commerce craze ever started, Mr. Akio started Gazoo.com, Japan’s online Toyota Store. He hopes to redirect many of the sales back to the web site because it provides the company with more choices and better efficiency.

Only time will tell how the presidency of Akio Toyoda turns out, and we as the consumers need to take advantage of the growing focus on quality, as well as the new inventory being shipped over to the states for the holidays.