The trusty and reliable Toyota Tacoma is on pace to catch the GMC Sierra in 2013 to become the 4th best selling truck in North America. How high can it go? 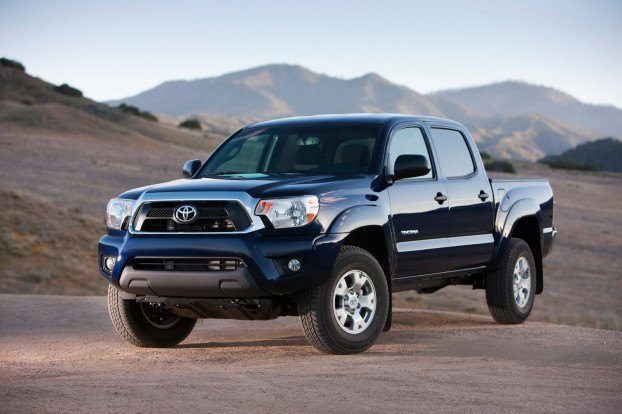 The Toyota Tacoma is on pace to surpass the yearly sales of the GMC Sierra. It will become the 4th best selling truck in North America. Big deal or no?

The mid-size truck market has long been dominated by the Toyota Tacoma – 39,467 units sold year to date. Its next closest competitor, according to March 2013 sales figures from Pickuptrucks.com, is the Nissan Frontier at a paltry 12,178 for the year. Monthly sales comparisons show a broader picture with the Tacoma selling more than 15,000 units in March, 2013 versus a little more than 6,800 Frontier sales.

Currently, the Tacoma is on pace to catch the much larger GMC Sierra. It currently sits just about 1,500 units behind year-to-date, yet it sold close to 2,000 more units than the Sierra did in March, 2013.

Why do these sales numbers matter?

Currently, the mid-size and compact truck market has been largely abandoned by the so-called “Big 3.” Ford pulled the U.S. production of the Ranger and now teases current Ranger owners with the global version they can’t buy. Chrysler long ago stopped selling the Dakota, preferring instead to focus on the full-size market. GM, retooling virtually everything in their lineup, is working feverishly on bringing back a Chevy Colorado and GMC Sierra. These trucks, though, are said to be much larger than the Tacoma and may not be a true competitor.

Instead of abandoning customer demand, Toyota has kept the Tacoma and has made small incremental changes to the market leader. In fact, you could make the argument that only Toyota is giving the consumer what they really want – a sturdy, reliable compact truck and a safe, reliable and powerful 1/2 ton truck. The other makers seem to be focused on the all mighty dollar and are shifting their focus on only those trucks that make a significant profit – larger, heavier duty trucks.

In the end, Toyota’s strategy will bring in many new consumers. These compact truck buyers are brand loyal and don’t want a full-size truck. By gaining these buyers, Toyota is converting buyers into a new brand. This conversion is the holy grail of all truck makers and is extremely difficult to accomplish. These new customers could seemingly also be converted to the many other Toyota products resulting in the other makers not only losing compact truck sales, but also full-size, passenger car and van sales. This is a boon for Toyota.

What do you think? Does Ford, GM or Chrysler care about compact truck buyers? Is the Tacoma passing the GMC Sierra significant to you?