Toyota is working to implement new systems that will bridge the gap between automotive and smartphone technologies.

Here’s a look at how these new in-vehicle technologies will effect the auto industry. 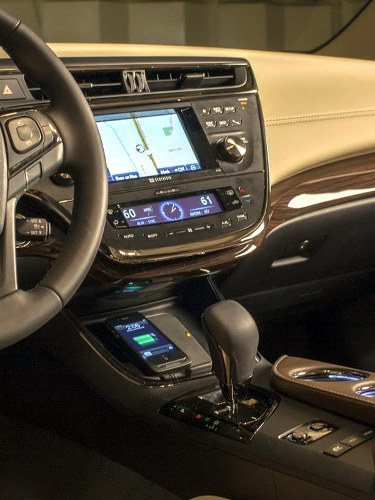 The Entune Infotainment System
The majority of Americans concede that using a cellphone while driving is one of the most dangerous things to do behind the wheel, yet 81% of drivers admit to doing exactly this on a regular basis. In an effort to keep drivers connected to their phones while keeping their eyes on the road, Toyota (along with others) recently launched their own in-car infotainment system.

Known as Entune, the system allows drivers to use their phones without actually using their phones. Voice-recognition technology powers speech-to-text-messaging, verbal commands to answer incomming calls and dial out, etc. Entune also allows drivers to get driving directions, find nearby services, and even schedule dining reservations, all with voice commands, and all using the driver’s smart phone as a data connection.

Yet as soon as automakers managed to develop a workable infotainment system, personal tablets like the iPad have changed the way consumer prefer to interact with systems, as well as raised the bar for vehicle interfaces.

In an effort to keep up, Toyota is bringing two new systems to their vehicles ASAP: eBin wireless charging and IntelliTouch.

eBin Wireless In-Car Charging
Toyota eBin system is designed to wirelessly charge your phone (or tablet or portable gaming device) while keeping it conveniently in sight. Ebin features a high-friction surface that your phone/device can rest on, and wireless power is sent via Qi (pronounced “chee”) inductive electrical power transfer.

eBin wireless charging has many benefits, including: 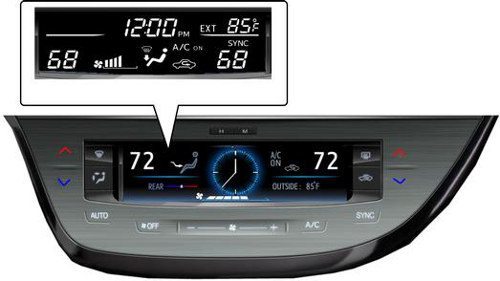 A close-up view of the new IntelliTouch control system

IntelliTouch
In many respects, the average new car has the same capabilities as the average computer. However, unlike your old laptop, your car’s user-interface is incredibly limited. It’s hard to share or retrieve information using old-fashioned buttons and knobs.

Toyota’s IntelliTouch aims to update the average car’s user interface to meet the demands of the 21st century. A touch-sensitive interactive dashboard system, IntelliTouch will operate very much like a modern tablet PC, promising to keep drivers in sync with their vehicles but putting all the info they need right in front of their eyes.

Look for the IntelliTouch’s full design and performance specs to be revealed at the 2013 Detroit Auto Show.