Ever since the Lexus name started producing a GS model, the company has seen it as the performance branch of Lexus. Until lately, however, Lexus had placed more focus internally on creating a vehicle that aimed for perfection and luxury before performance. The last couple years have began sort of a new stage for Lexus, with the new LFA and other specific vehicles designed for the speed demon. This trend was exemplified in the GS line. It was and is meant to be the quantifier of the two emerging ideas pushing Lexus into the future of automobile design, those again being luxury and performance. 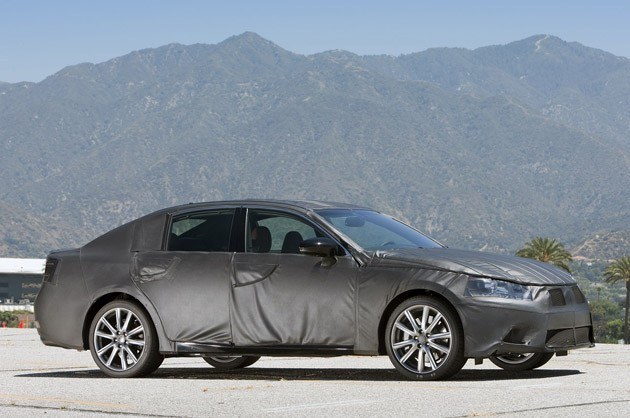 The GS has had it’s fair share of criticism over the years, mostly arising because of Lexus’ fairly small past experience with extremely sporty vehicles.  However, the new 2012 model, which has yet to be officially unveiled, seems to have won some critically acclaimed car review experts and blogs that had access to a special invite-only test run of the car. Two journalists from autoblog.com tested the 2012 Lexus GS, and gave a fairly in depth breakdown of the newest addition to the Lexus family. In his report, Jonathon Ramsey covers the new additions and tweaks applied to the Toyota Parts that makeup the vehicle. 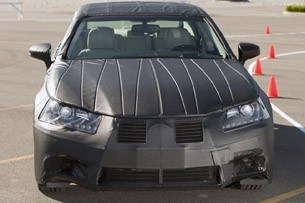 “Lexus will tell you that the pearl is the new suspension, and depending on how you look at it, they might have a point. Yet, while we’d admit that the revised linkages are a huge part of it, we think what’s even more special is what the car will let you do with them,” Ramsey writes. “If sporty go is what you’re after, then this GS has almost nothing in common with the current car other than its name.” It seems that with the newly implimented Lexus dynamic handling suspension (LDH), the suspension of the vehicle has been pushed to limits not seen before on a Lexus.

The best part about the 2012 GS is probably the fact that even while there was so much tweaking and changing under the hood, the luxurious feel and experience is still evident while driving. The interior still has the reworked and innovative cockpit, and the stitched leather makes passengers change their outlook on other vehicles considered “luxury” on the road today. As Ramsey puts it, “The look and feel is so much nicer that it genuinely made us ask of the current car, ‘Have we really been okay with this all this time?”

To read the full review found on autoblog.com, visit the article found HERE. All photos and quotes were directly pulled from the article mentioned.