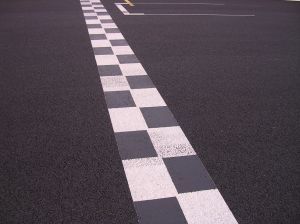 There are many types of car races.  Everyone knows about NASCAR, which includes the famous Daytona 500.

However, did you know that there are several unusual races that take place every year throughout the world?

Take a look at some of the most usual races around.

The Red Bull Soapbox Race seems like your typical soapbox race, as seen in countless movies and TV shows.  This however, is not the case.  The race emphasizes creativity of design and features cars shaped like pianos, corncobs, and even the Golden Gate Bridge.

Using the old Atari game, “Test Drive: Eve of Destruction,” as its inspiration, the Spike-TV program, Carpocalypse created the Ambulance Chain Race.  In this bizarre race, ambulances race while towing cars on a circular track.

The California Melee takes its inspiration from the Mille Miglia.  This was a 1,000-mile Italian endurance race from a time when cars were not made to go on long trips.  This less-traditional take on the race has participants traveling 750 miles and stopping at pubs, pit stops, and motels in pre-1975 vehicles.

Unlike the French race that it is named after, this race features cars that cost under $500, including any modifications.  It is a 24-hour endurance race that determines penalties by spinning the “Wheel of Misfortune.”

Much like its namesake, the Cannonball Run (not the Burt Reynolds movie), this race, which starts and ends in various locations, features cross-country or even around-the-world courses.  Using luxury cars and scenic locations and even flying cars across oceans, this is perhaps one of the most unusual races in the world.

These are just a few of the many unusual races that exist in the world.  There could even be some in your area if you look hard enough.  The next time you’re waiting on repairs, you can spend some time researching these races while mechanics are installing Toyota Highlander parts on your vehicle.