Hyundai has announced that their next fuel cell electric vehicle will launch in early 2018, building on their Tuscon fuel cell SUV. While it’s very early to be evaluating these vehicles, this much we know for certain: cost effective fuel cell vehicle (FCV) technology is evolving quickly. 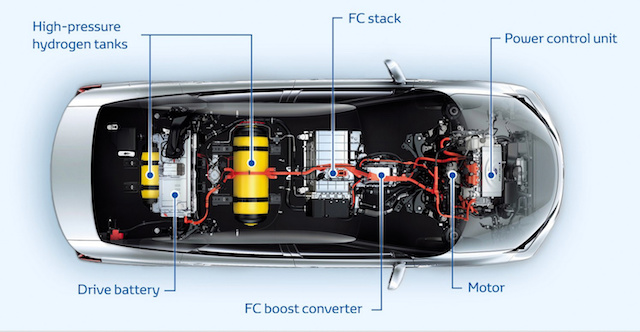 Hyundai’s announcement that their next generation FCV will have 500 miles of driving range sets the bar for all other automakers. Will Toyota match it in an upcoming model? 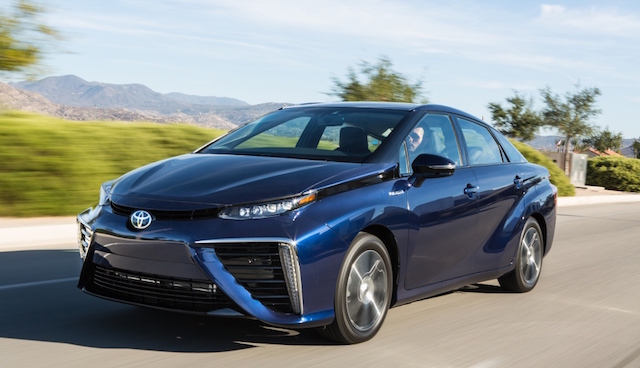 In a word, yes. When it comes to vehicles powered by alternative fuel – be it hydrogen, biodiesel, or even regular diesel – driving range is important. This is because alternative fuel stations aren’t always convenient. If, for example, you own a FCV in a city with only a handful of hydrogen fueling stations, fueling might be a special or out-of-the-way trip. Increased range reduces the number of these out-of-the-way errands.

But in the short-term, additional fuel tank range is mostly about making FCV ownership easier for commuters.

How is Hyundai Improving The Range? 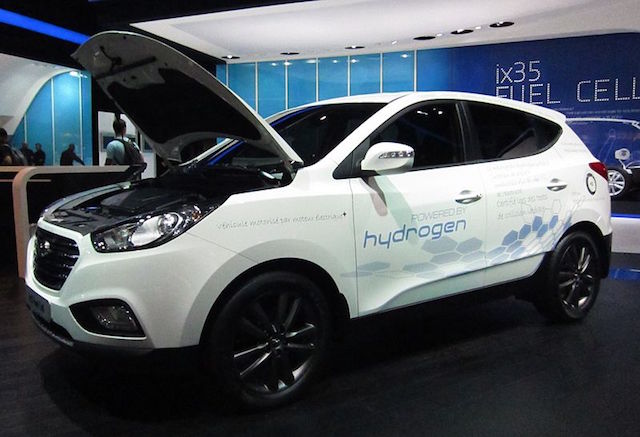 How is Hyundai increasing the range of its fuel cell? We’re not completely sure, but here are the possibilities:

What Can We Expect Toyota To Do? 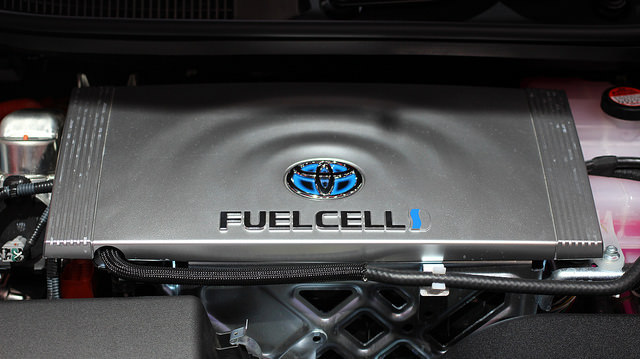 With fuel cell technology changing rapidly, automakers like Hyundai and Toyota are announcing major breakthroughs on a regular basis. Here’s what we can expect from Toyota.

The Toyota Mirai has a starting price of $57,500, with features and performance quite similar to a top of the line Toyota Prius Prime. This makes the Mirai about $20,000 more expensive than a plug-in hybrid, although various state and federal tax credits help reduce the cost difference.

However, the Mirai is simply the first generation of Toyota’s FCV technology. Toyota has promised to reduce the cost of fuel cell vehicles so that they are comparable to hybrid vehicles by 2025. Many other automakers – including VW and Honda – have suggested that FCVs could be cost comparable to existing gas powered vehicles in the next 5-10 years.

Frankly, these big costs decreases are to be expected. The price of newer technologies tends to drop as they become more common, creating a sort of feedback loop that leads to gradually decreasing prices. For example, a 55 inch Samsung LED HDTV was priced at nearly $8,000 when it was first offered. Today, a “smart” version of this same basic TV only costs $650.

While we don’t see FCV prices falling quite as much as TV prices, it’s safe to say that Toyota’s next-generation fuel cell vehicle will have a lower asking price.

While very efficient, the current fuel cell vehicles are…well, kind of slow. The new Mirai has a 9 second 0-60 time, which is partially due to the output of the Mirai’s fuel cell stack, which is 114kW max. Toyota engineers have suggested that future fuel cell stacks will be able to produce even more power simply with improvements in technology. Any increase in stack output will either be used to increase performance or reduce costs (or both). 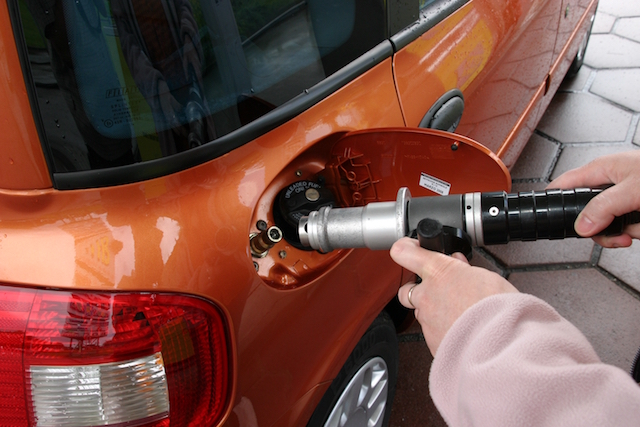 From empty to full, it can take as much as 10 minutes to “fill up” a hydrogen fuel tank on a Mirai or Hyundai Tucson (it depends on the filling station’s pressure rating and the filling mechanism). While this is a relatively short amount of time compared to charging a battery pack, it’s quite a bit longer than refueling a vehicle powered by gasoline or diesel.

Toyota’s fuel cell technology – as well as the systems offered by Hyundai and Honda – is feasible in large and small vehicles. Fuel cell powered buses and big rigs have been developed, and it’s reasonable to expect Toyota to offer their fuel cell system on more than just a Prius-sized car.

As the costs of building hydrogen tanks come down, it’s reasonable to expect that Toyota will either increase the size of existing tanks or include additional tanks to increase driving range. Hyundai’s decision to offer 500 miles of range on their next FCV isn’t incidental – it’s a choice intended to make owning an FCV easier. It’s reasonable to expect Toyota to increase the driving range of their next-generation vehicle.

If Hyundai’s new fuel cell technology improves the way we think it will, it’s reasonable to expect sales to increase. That would almost guarantee that Toyota would match or even exceed the technology in their fuel cell vehicles.