Power steering has been around for a very long time. Since the early days of automotive, finding ways to augment the driver's ability to turn the wheels of the car has been a concern. The first production power steering units on an automobile were for a Columbia five-ton truck in 1903. Because of the expense and maintenance requirements early power steering systems had, however, they did not become common until they were added to many military vehicles in World War II. In 1951, Chrysler offered power steering on the Imperial and General Motors followed suit the next year. Within a decade, power steering was considered standard for most passenger vehicles on the market. 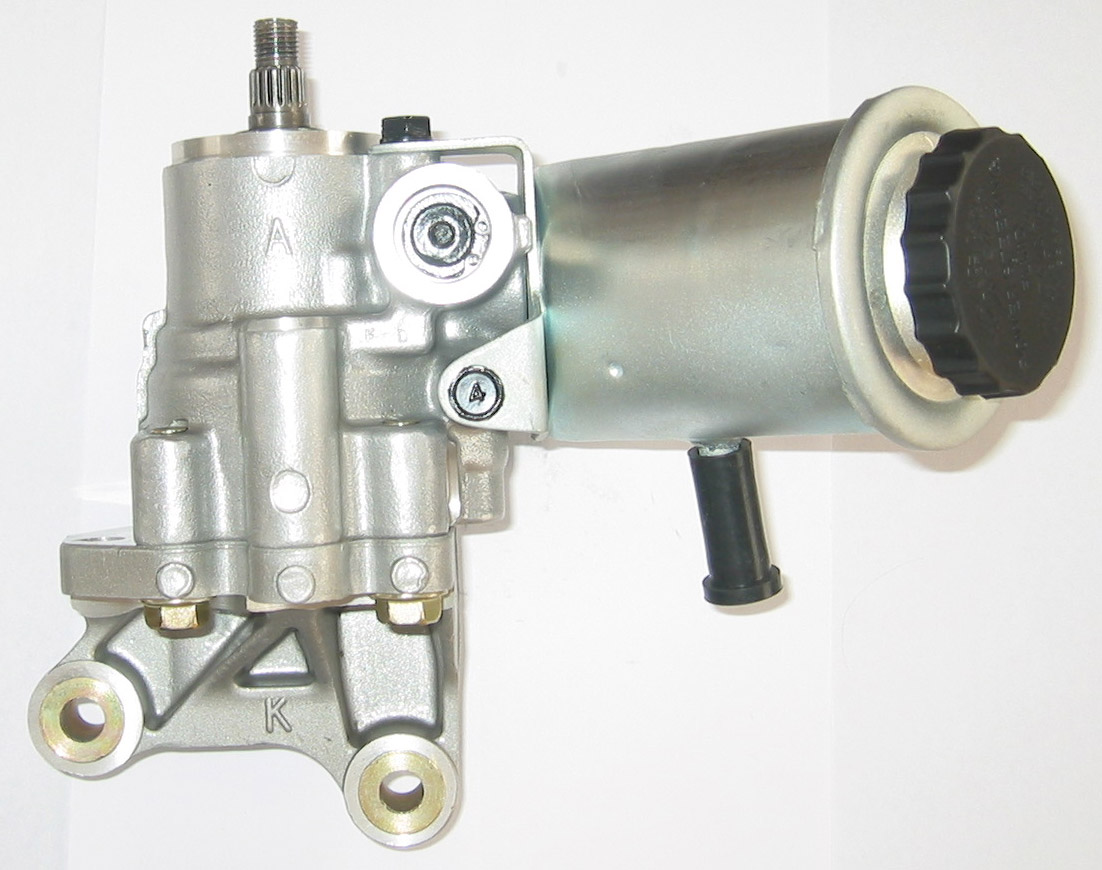 Today's cars have two types of power steering, both of which operate on the same basic principle. The common hydraulic-assist power steering us a mechanical option that dates back to the first power-assist options on the market. The newer option is electric-assist power steering, which is becoming more and more common due to its relative simplicity, cheaper implementation, and fuel economy improvement potential.

A power steering system in today's car will consist of a steering wheel shaft that connects to an assist mechanism on a rack and pinion wheel turning system. Hydraulic-assist systems will have a hydraulic pump, usually operated by the vehicle's engine, that sends pressurized fluid to a hydraulic motor that assists the turning of the steering wheel actuator for the rack. An electric-assist system will have an electric motor to assist the actuator on the rack instead.

A rotary vane or gerotor pump, commonly referred to as simply a "power steering pump", provides the hydraulic pressure needed to operate the actuator. This pump will usually reside in the engine's accessory lineup and be powered by a belt off the engine's crankshaft pulley. Most hydraulic power steering pumps use about 3-5 horsepower from the engine's output and are one of the larger drags on engine force in a vehicle.

The hydraulic pump pushes hydraulic fluid through hoses that connect to the actuator, which will be a double-acting hydraulic cylinder. This applies force to the steering gear as the driver turns the wheel, which moves the steering rack. The pump's pressure output is dictated by engine speed and the amount of fluid pressure applied is controlled by a valve which is opened at varied intervals by the twist of the vehicles' torsion bar, which is in turn controlled by the driver's force on the steering wheel. The harder the turn on the wheel, the more torque that is applied to the torsion bar and the further the valve opens to allow pressurized hydraulic fluid into the actuator. A pressure relief valve diverts some fluid away from the system and back into the fluid reservoir to control pressures at high engine speeds. This valve can be controlled by system pressure or, in many modern vehicles, by an electronic control valve and sensor which is controlled by the vehicles engine control unit (ECU or computer).

In electric-assist systems, the power steering pump is eliminated, as are all of the hydraulic system components and controls. Most e-assist steering is "fly by wire," which means that the steering wheel turns and sends electronic signals to the system, thus eliminating the steering column's output shaft as well. This reduces vehicle weight and the removal of the power steering pump means more horsepower output from the engine, allowing for higher engine efficiency.

The electric motor is positioned where the actuator would be and works to turn the wheels for the driver. Control is entirely electronic, though the physical steering is still handled by a rack and pinion. The system can be tuned to various driving conditions and even to driver preference for "feel."

A hybrid of a full electric assist and hydraulic power steering system was developed and has been used by Ford, Subaru and Toyota, most famously in the early 1990s MR2.

The power steering rack is simply the rack and pinion. A round gear from the steering shaft (usually coming off of the actuator) rolls over matching teeth on a long, straight rack. That rack is attached to the wheels, one at each end, turning them back and forth as it moves under the rolling gear. The fixed-gear setup is most common in vehicles today, but is quickly being replaced by more dynamic, variable gear systems.

The variable gear system allows for adjustment of the gear's ratio with the rack, giving tuning possibilities on the fly. This also gives more stability control and better handling in varied driving conditions. Honda first launched a variable system called the Variable Gear Ratio Steering system and Toyota quickly followed with their Variable Gear Ratio Steering system, which first appeared in the Lexus line. These systems vary the steering gear ratio electrically, on demand. Other, mechanical variable gear ratios have been developed as well, but do not work in the same way.